Los Angeles and Montreal - The launch of the magnificent Callaway C16 was the result of countless hours of preparation. Reeves Callaway, president of Callaway Cars and Callaway Golf, asked Paul Deutschman to design the new C16 back in April 2006. He also gave him the task of supervising the development process and making sure the entire project gets completed... all the way to the assembly phase.

In less than five and a half months, Paul managed to find craftsmen who helped him build his first pre-production model, an orange-colored C16 that was introduced last December at the Greater Los Angeles Auto Show. Callaway then honored us by choosing Montreal as the launch site of the first production model -- a strikingly good-looking red C16.

Longtime collaborator
Paul Deutschman has been working with Reeves Callaway for over 20 years. His first-ever rendition of the Callaway car (C4), nicknamed the "Sledgehammer", had a top speed of 406 kph (264.76 mph). It was actually based on a 1988 Corvette ZR-1 and the body was tuned in order to achieve record speeds. Under the hood was a 880-hp turbocharged engine.

In 1994, Paul designed a Callaway Corvette LM to race at Le Mans. That car proved to be the fastest, earning the pole position in its class. It would have won the event, but one of the drivers ignored the stop signs in the pits and vanished in the crowd. To this day, Paul still believes in a sabotage. The following year, Paul penned the carbon fiber C7, which went on to become the fastest car at Daytona. However, electrical problems doomed any chance of crossing the finish line, let alone winning the race. Never giving up, Paul then created the C12 from a Corvette Z06.

The last-born
The C16 is the newest Callaway. Working on the chassis of the C6 Corvette -- one of the greatest cars in the world, according to Mr. Callaway -- Paul began building a carbon fiber body. The prototype was entirely developed in Quebec. Thanks to the computer-generated plans obtained at the SEMA show in Las Vegas, Paul was able to design all the body components in a way that would fit exactly with the car's anchor points.

A multitude of Quebec craftsmen
In the span of a few weeks, Paul built a 1/10-scale clay model and, using 3D software, his team developed the necessary tools to create the molds for the carbon fiber panels.

In order to complete the project, Paul called on several craftsmen from Quebec: Brio Innovation (3D industrial design software), Modelage Simon, from Sherbrooke, Modèlerie GLT, from Plessisville, and CNC Composites, from Saint-Jean-sur-Richelieu. The C16 was later assembled at the Atelier de débosselage East End, near the Olympic Stadium. Paul is very proud of all the talented men and women from Quebec who have shown real team spirit from start to finish.

An exclusive car
The C16 certainly has a lot in common with previous Callaways, but the sweeping roofline gives the car a more streamlined look. Everything has been designed to allow the C16 to easily top 300 kph: a lower front grille, a modified rear end, etc. The base engine, revised and improved to produce 560 horsepower, and the high-output, 616-hp engine both use an Eaton turbocharger specifically developed for Callaway.

Pay attention to the wheel design and, if you're lucky enough to step inside the car, take a closer look at the interior build quality. You'll instantly realize that the quality levels of the C16 are far superior to those of the Corvette and more up to the standards of world-class supercars. At $119,865 US, the C16 is a really exclusive car. In addition, it's backed by a 5-year warranty. Who can offer more? The only thing left to do is a road test. 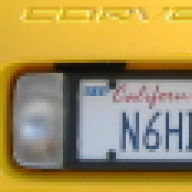 This is without question, one beautiful, powerful, and well executed car. The only thing I question is the rear end treatment. It breaks the long-standing tradition of quad tail lights on vettes. It may be a Callaway, but it's still a Corvette at heart! Besides... that big empty space is just screaming for another set of lamps.

It should be noted that there are some errors in the article and I didn't write it.

Now this is what the C7 should look like with maybe a little change to the rear lights.

If the C6 looked something like this l would be driving it for sure. Still not in love with the C6 skin yet. Everything else is just fine. 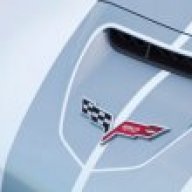 So what's so bad about that. The C6 is not what l would call a stunner like the C5 was at the beginning. This is the third year looking at the C6 and l'm still not in love with it.
Maybe if they brought back "torch red" l would change my mind.

kingman said:
So what's so bad about that. The C6 is not what l would call a stunner like the C5 was at the beginning. This is the third year looking at the C6 and l'm still not in love with it.
Maybe if they brought back "torch red" l would change my mind.


Yup. Gotta agree with you there.

Rob said:
It should be noted that there are some errors in the article and I didn't write it.

Cool attached pics :cool Thanks for the info - I too found errors in the text though hnoes It uses the Callaway MagnaCharger, not a turbocharger as stated

Also, the C7 was "ruled-out" of the racing rulebooks from what I have come to understand, and the first production C16, was orange and had its debut in LA last Nov., as C16 #001 :cool ...but hey, the press coverage has been AMAZING on the C16 and the limelight is GREAT for ALL things Callaway

Psalm34
You must log in or register to reply here.