Thanks to his grandson, Richard Earl, of West Palm Beach, the longtime Palm Beach resident and "Da Vinci of Detroit" will get some long-stashed-away recognition. During the upcoming Palm Beach Supercar Weekend, a throng of exotic car collectors will pay tribute to the genius of Harley Earl and Battista Pininfarina.

At the International Polo Club in Wellington on Jan. 28, Richard Earl will exhibit his grandfather's signed drawings, patents, letters, some writings, personal papers and never-before-seen family photos — a display he calls "How Harley Turned His Designs Into Art."

Attendees will see the 1963 Corvette roadster that was Earl's last design. When he died in 1969 in Palm Beach, the blue two-seater was parked in his driveway, where island residents often saw its twin, a pink 'vette that belonged to the late Sue Earl. Further south was the oceanfront home of GM Chairman Alfred P. Sloan Jr., on whose yacht they and other couples cruised to Havana for dinner.

"Harley loved deep-sea fishing and the bouquet of the sea. He was a Californian who had fished at the Santa Monica Pier. He realized that Palm Beach was one of the next great places to be on the East Coast," Earl said.

The couple bought a one-story house in 1958 and other real estate, including Peruvian Avenue property now owned by the House of Kahn.

Richard Earl moved to the area in October after a decade in Detroit "researching the story of a modern master who created concept cars and the auto design profession," he said.

"Harley is an American hero. He took the baton from Henry Ford. Before Harley, the auto world was black and white. He moved to Detroit and colorized it."

Comparing his grandfather's designs of the 1927 LaSalle and the 1963 Corvette with the competition of the day, Earl said, "if it weren't for this man, we might be driving variations of Model T's."

Although he found Detroit somewhat tight-lipped, a Web site devoted to GM photo archives puts the legacy in perspective: "Perhaps the first GM executive to realize the importance of design in selling cars, Harley J. Earl put GM at the forefront of styling. Earl's 1927 LaSalle is considered the first production car to have been designed entirely by a stylist."

Earl came to the attention of GM when the carmaker noticed that a freelance designer had ordered 100 chassis. Before the firm recruited him in 1927, Earl was creating sexy, custom rides for film stars in California, putting his stamp on cookie-cutter drive-trains.

In Detroit, he ultimately built a bridge between production cars and the auto as art. Many industry observers say auto design became as important as Henry Ford's manufacturing methods.

Dave Hickey, author of Air Guitar, Essays on Art and Democracy, called Earl the post-war Leonardo.
"After World War II, Harley Earl of GM turned the marketing of automobiles from being about what they do to what they mean," he wrote.

That concept was illustrated a few years ago when GM ran TV commercials for Buick in which actor John Diehl portrayed the designer's ghost.

Earl's early concept cars were a setup for later brainstorms. The Corvette introduced in 1953 "came from the LeSabre," his grandson said, citing other firsts, including annual redesigns, chrome trim, a two-tone palette, and wrap-around windshields. By the time he retired to Palm Beach in 1959, he had given car buffs the tail fin.

"He was hired to knock Henry Ford off his pedestal, to resculpt GM's product lines. And he had the (clout) to control the look of all the products of the largest corporation in the world," said Earl, whose exhibit has been shown at the Cranbrook Art Museum in Detroit, and at Chrysler world headquarters.

He points to a photo of the Harley J. Earl Trophy, which is won at the Daytona 500. It is a sterling silver form of the Firebird I, the car the designer crafted at GM and shipped to NASCAR founder Bill France Sr.

"It had performed on the beach at 200 mph in 1956, like a jet car. People were in awe," he said. "That's one of the reasons to have Harley's last Corvette here. It's America's only true sportscar."

Earl draws a parallel between Palm Beach real estate and the mystique of luxury cars.

"What better place to have it come back to life than the town he lived in and loved?" Temerian said.

Richard Earl said such praise is another welcome lug-nut in his quest "to keep the torch going." 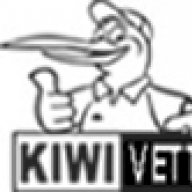 Dont mean to be dis-respectful or anything, but didn't Bil Mitchell design the 63' Vette?

I remember reading somewhere that "Mitchell" considered the 63', his finest design work.
Also have read that Zora and Mitchell (not Earl) were always at each other over the design of the '63's in relation to design vs aerodynamic lift issues.

Secondly, didnt Earl retired in the late fifties (57 - 58'-ish) and Mitchell was then head of design @ GM?

Touch'e
President Abraham Lincoln as stated in the Gettysburg Address
"From these honored dead we take increased devotion to that cause for which they here gave the last full measure of devotion - that we here highly resolve that these dead shall not have died in vain."