If you've ever wondered what a 1979 Corvette looked like as soon as it rolled out of the St. Louis Corvette Assembly Plant, now's your chance!

Listed for sale on Bring A Trailer by RK Motors in North Carolina, this stunning time capsule was purchased new by the original owner and stored until he passed in 2013. 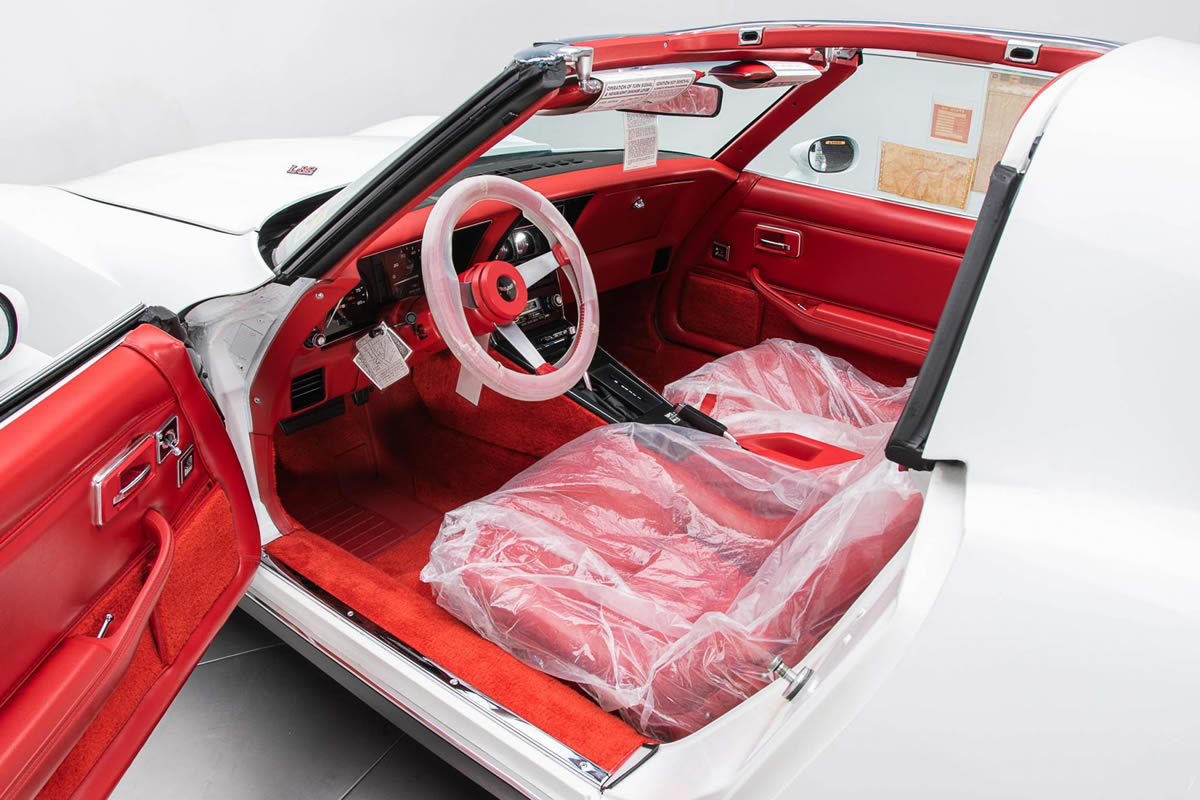 It was acquired by RK Motors in September of 2020 and listed for sale right now with just 5.9 miles on the odometer!

As you can see from the photos, the car has been perfectly preserved and in mint condition. The original plastic is still on the seats as well as the original window sticker, factory instruction labels and tags still on the car. 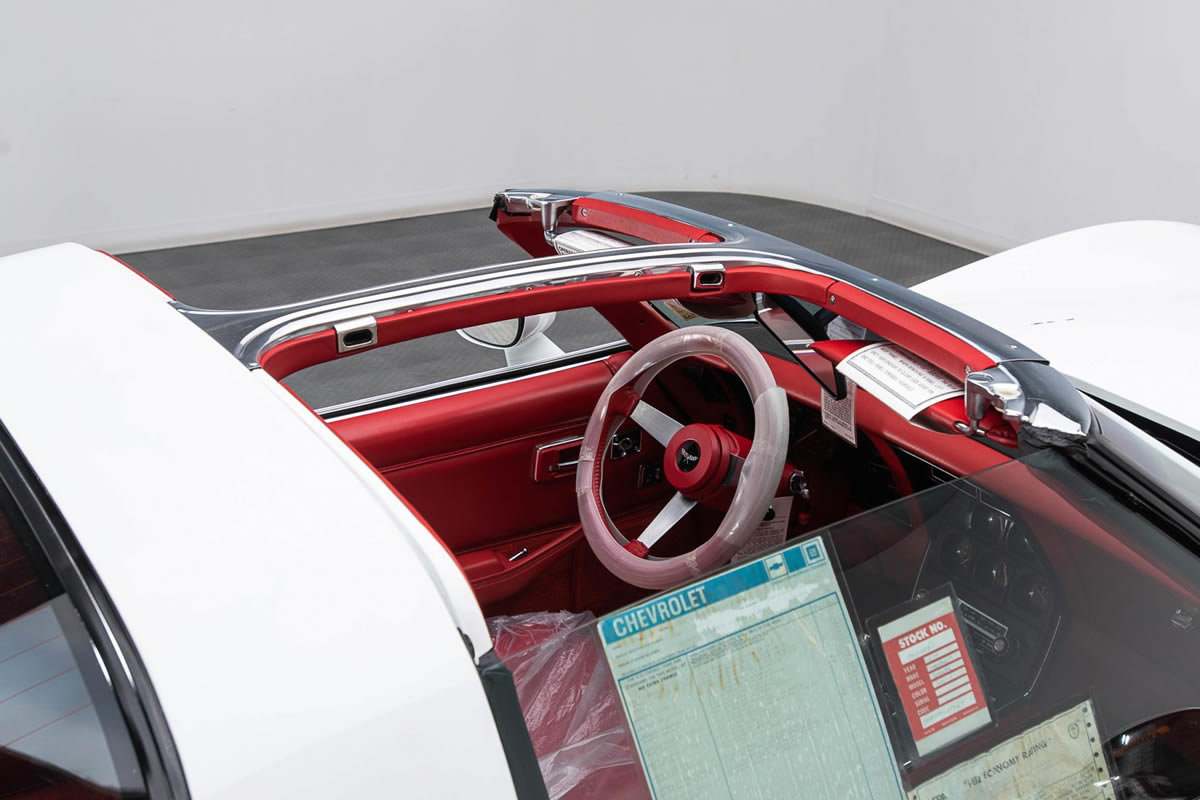 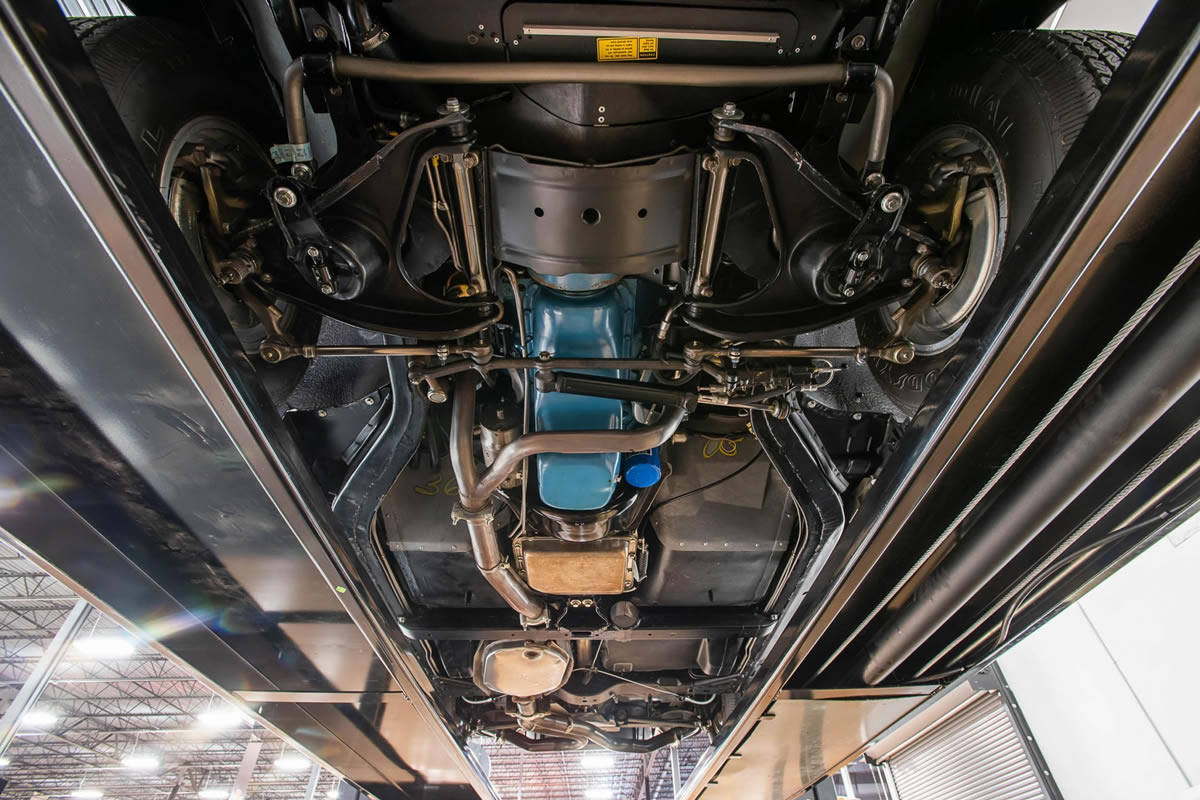 According to our 1979 Corvette Production Numbers, this one is 1 of 8,629 built in Classic White. Definitely not rare by any means, but given the condition and level of originality, this is probably one of the rarest 1979 Corvettes ever offered up for sale in recent years.

On the one hand, it's really cool to literally see a museum quality C3 Corvette exactly how it looked when it rolled out of the factory. On the other hand, it's shame the car was driven and enjoyed the way it was intended to be.

While this incredible Corvette would be a fine addition to my stable - I have to admit, I'd hate to drive it anywhere given its impeccable condition and the fact that the car has spent the last 41 years sitting. Based upon the photos, everything looks mint, but I would have to question the integrity of the rubber components in the engine and suspension.

Either way, congratulations to the American Muscle Car Museum in Melbourne, Florida - the winning bidder! It's definitely an incredible piece of Corvette history!!