Three weeks and now I've got it back. Just i time for the Black Hills Corvette Rally. It is nice and quiet now and shift good, but i still have that dead spot at 2nd gear. If you downshift from 3rd to 2nd and go to far left you miss 2nd. Same if you go from 1st to second and don't go straight back. Do all the 4+3 do this or just mine?
Gus:confused
http://www.gusvette.net

GusVette said:
Do all the 4+3 do this or just mine?
Click to expand...

Seriously, I don't understand how on the third-to-second shift could hang up like that. Sounds like a linkage problem; mine had one (or two) of the rods slightly bent, but they didn't hinder shifting to any extent. :confused

Yeah,
I've never had a wierd problem like this. Really bad when you go to grab 2nd and it hangs there... Lots of noise, but no go lol
Hope someone else has had it happen and can help out!
Thanks....

Hm. I have a similar problem going from 2-3 if I shift really fast. Shifter feels like it's in third, but it's not engaged. Quick clutch and push and it's in. Good for plus a half-second at the track .

<OT to Ken - about those valve covers... I realized after our emails that yours are most likely center-bolt, which I can't currently use.>

Wow... I'm surprised, you with an 87 and all. Or did I miss something in your original post? Quite possible... guess I do need the height measurement after all.
[RICHR]

The steel valve covers I bought for the project engine; they are not from the stock L98.

Gus, I have a 4+3 85' for a couple of months now. The only problem I have encountered is popping out of second when downshifting. Any idea what causes this?

ddmau...
I have no idea, but tomorrow I pay for the repairs that were done on my tranny. I'll ask my mechanic if he has any ideas.
I'll also be posting all he did to mine.
Gus

Had a 4+3 for 17 years. No problems. The condition is not normal, but without knowing more about the car, I can't really say.

ddmau said:
...popping out of second when downshifting.
Click to expand...

Any time a manual transmission "pops out of gear", if it's not mis-adjusted shifter linkage, is usually indicative of a worn syncronizer. Bad bearings will make a rumbling sound; bad synchros will make a grinding going into gear, or sometimes will "pop out" of gear.

$1978. and change. Labor was only 25% of the cost. WELL WORTH EVERY PENNY! I just test drove my Baby after all the OD and Tranny work and I'm in Love again. Went for a spin up in the hillsand on the freeway (75mph limit here in SD) whoa, sweet sweet sweet. Smoothe as butter and quiet as a mouse. the tranny and OD not the exhaust. They did so much stuff to this puppy. I won't bore you with all the details. But if anyone get into trouble in Rapid City and needs Trans Work Done. E-mail me and I'll give ya their business name! Why is it when you are lookin' for someone to blow dorrs off of, they are not around. Guess I looked too eager. The only thing they could not get right was the linkage problem into 2nd. So if anyone has any suggestions I'm all ears. I think maybe I should invest in a new shifter. Has anyone done this. I've seen in some after market places short throw stuff!!!

I used the "short-throw" shifter arms when I had the 4+3 Gus, used 'em for many years and never had a problem with the shifter, although there are some people that don't like them. For example, this from the article on my web site:

Short-Throw Shifter Kits
These kits have been around for the last 30 years. Very few folks install them on the 4+3, but most companies still offer them. The idea is that by moving the holes in the shifter arms, or levers, you won't need to move the lever quite so far during each shift. In other words, the distance the shifter knob moves from second to third will be shorter. The idea is that you'll be able to shift faster. There are two problems with this theory.

The first problem requires that we once again have to remember our basic high school physics. All these shift kits do is bring the holes for the shift linkage closer together. That means you have to move the lever a shorter distance. Now go back to what you learned in high school. A shorter lever means that you'll have to use more force. When you use one of these kits you may not have to move the lever as far but you'll have to push the lever harder to engage the next gear.

There's one more reason to keep the stock shifter arms. While you're driving on the track, it's very easy to tell which gear is engaged by simply touching the shift lever. A simple touch on the lever will remind you that you're in third gear, and not fourth. When you shorten the lever arms all the gears seem to be too close. If you're going fast enough then you often need this quick sense of touch. If you're going slow, then it's not a problem. It's a lot like reading a tachometer. This is why the switch goes bad. This little ball is moved every time you move the shift linkage. After a hundred thousand miles, the ball and the seat, wears just enough to let some of the transmission oil leak into the electrical part of the switch, shorting it out. If you have time to look at the tachometer, you're going too slow. If you always know what gear you're in, you're going too slow.
Click to expand...

ddmau, this was in the article as well:

Jumping Out of Gear
This is more common than we like to admit. What happens here is that as you begin to accelerate, the shift lever, and indeed the gears themselves, return to neutral. This is a classic synchronizer problem. The second gear synchro is always the first to go bad with the 4+3 transmission.
Click to expand...

As was mentioned, the short-throw kit isn't a whole shifter (unless you've actually found a whole one; I haven't been able to) but a pair of metal strips. I put them on mine and am slightly disappointed - the throws aren't much shorter and it also sometimes hangs up a little moving between 2 and 3. I'm not disappointed enough to raise the car and take them off, but I probably wouldn't have done it had I the chance to do it over.

There's a chance your reverse lockout rod is hanging up when you shift to second - if it's worn, it'll do that. Search for a post I made maybe two months ago about replacing it.

Actually it pops out of gear when I release the throttle and allow the transmission to wind down. Probably still a result of worn syncs. Being fairly new to the 4+3 can you tell me if it is necessary to utilize the clutch when either engaging or disengaging the overdrive? Thanks.

It seems to be a matter of preference as to whether you should use the clutch when shifting into and out of overdrive on the DN 4+3. My opinion is that it is permissible to shift into overdrive while the vehicle is accelerating under throttle, but when you are downshifting, it is better to use the clutch to prevent excessive wear on the entire drivetrain.

You could also shift out of overdrive if the vehicle is under throttle. Again, that's just my humble opinion.

Thanks Ken,
Great info. got me thinking now. I know sacry!

DDMAU,
I agree with Ken on the OD switch. I've done it both ways, but snice I've gotten the Od and trans all fixed up I noticed comming off the freeway off ram I turned off the OD without the clutch and I realized this would not be a good idea if I were going anyfaster and if I hit a slick or wet spot on the road. Quite a bit of torque 4 hi to 4 low. BTW I even got a 12 month 12k gurantee with my repairs.
Gus :cool
http://www.gusvette.net
D

Gus, you are obviously one happy camper with your "new" machine. That's great...enjoy.

DDMAU
Yes I seem to have found my toy!
Gus
http://www.gusvette.net 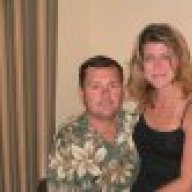 B
Difficult to Shift from 1st to 2nd Gear - Manual Transmission