JUST BOUGHT A 64 CONVERTABLE . I AM TRYING TO FIND OUT WHAT ENGINE AND REAR END GEARING IT LEFT THE FACTORY WITH . ALSO WOULD LIKE TO KNOW IF THE ENGINE IN IT NOW IS EVEN A 327 . THE NUMBER ON THE ENGINE IS TO8I6HC . THE NUMBERS ON THE DATAPLATE I NEED TO FIND MEANING TO ARE DATAPLATE E28 , BODY A-1838 . THE REST I FIGURED OUT. THE VIN IS 40867S119548. WOULD GREATLY APPRICATE ANY HELP
7

Your VIN breaks down as:

As far as determining what 327 motor was originally with the car all I can say is good luck. If the original rear end is still in the car, you might be able to find a stamped I.D. code on the bottom of the case. You didn't mention if the car was a manual or automatic. If it is an auto, the highest rated motor you could get was the 300HP.

Your T0816HC engine is either a 1965-68 327/275 Powerglide from an Impala/Caprice or a 1969 350 2-barrel manual from a Chevelle, Camaro, or Nova. There should be a 7- or 8-digit VIN derivative stamped adjacent to the T0816HC which will identify which of the two it is, and the block casting number (behind driver's side cylinder head) and casting date (behind passenger side cylinder head) will confirm it.
John
'67 Convertible

The "T0816HC" means the engine was built at the Tonawanda, New York engine plant on August 16th; the year has to be determined from the casting date. In any event, it's not a Corvette engine, as all St. Louis small-block engines were built at Flint Engine, which had an "F" prefix instead of the Tonawanda "T".

The A.O. Smith bodies were numbered in separate sequences between coupes and convertibles (just as St. Louis-built bodies were), so two A.O. Smith cars, one a coupe and one a convertible, built one after the other, would have body numbers far apart, depending on what the "mix" had been up to that point between the two body styles. The "body number" on the trim tag has no direct relationship to the car's VIN number.

Lucy, your engine will have two codes stamped on a machined pad on the block just in front of the passenger side cylinder head; one will be a seven-digit engine plant code, starting with "F", and there will be another seven-digit number that starts with a "4", followed by the last six digits of your car's VIN number, which is stamped on the small stainless steel VIN plate underneath the glove box. If your engine has block casting #3858180, it's not the original engine - all '64 Corvette small-blocks used casting #3782870.
John
'67 Convertible

JohnZ??? I know the number should be stamped in the pad in front of the passenger head...but my motor has been rebuild and numbers have been machined off. I was told that this is the correct 327, ang it has the casting number 3858180. I have read a number of places that this also was used on 64's. All the other numbers (intake, exhaust, carb.....) also match what should be on a 64. Since I have all the number machined off of the block, do you know anything else to verify the engine??
Kerry (Lucy64)
1964 Red Modified Convertible
2005 DSOM Z51 Coupe
P 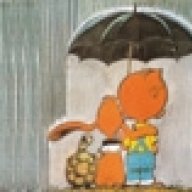 Lucy - With the block decked during the rebuild, there's no way to tell what's inside without tearing it down. The 3858180 block was used in millions of '64-'67 passenger cars and trucks, but it was never used in Corvettes; that block was cast only at Tonawanda, and was never used at Flint Engine, which supplied all Corvette 327 engines. It's a rebuilt passenger car or truck engine.

There are VERY FEW 30-40-year-old Corvettes with original engines, regardless of what the sellers claim; the more owners they've had, the more engines they've had. Most prior owners bought them cheap, ran them hard and put them away wet, blew them up, and replaced them with whatever engine they could find for the least money; Chevy built sixty million small-block engines, and all of them will bolt right in.
John
'67 Convertible
You must log in or register to reply here.