Last week, we reported that GM Canada would be auctioning off the last C7 Corvette and the first C8 Corvette built for Canada to benefit the Durham Children's Aid Foundation.

According to a GM press release earlier today, GM Canada raised over $400,000 for the charity through the sale of both Corvettes. 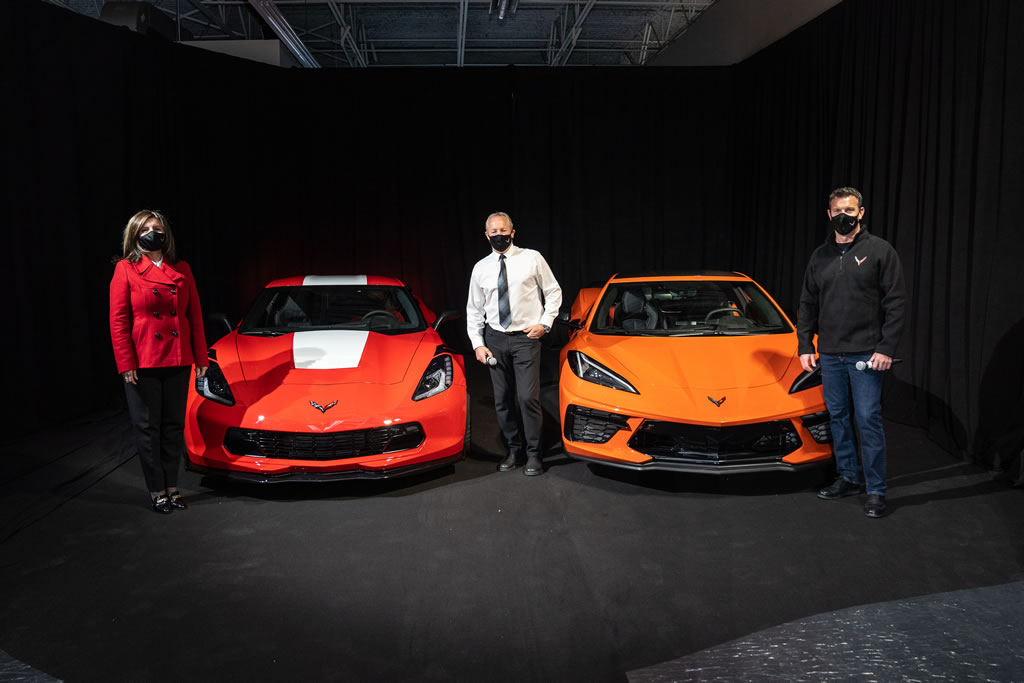 Below is the official press release:

GM Canada Donation Helps Raise Over $400,000 for the Durham Children’s Aid Foundation through the Corvette Charity Auction and Community Donations​ 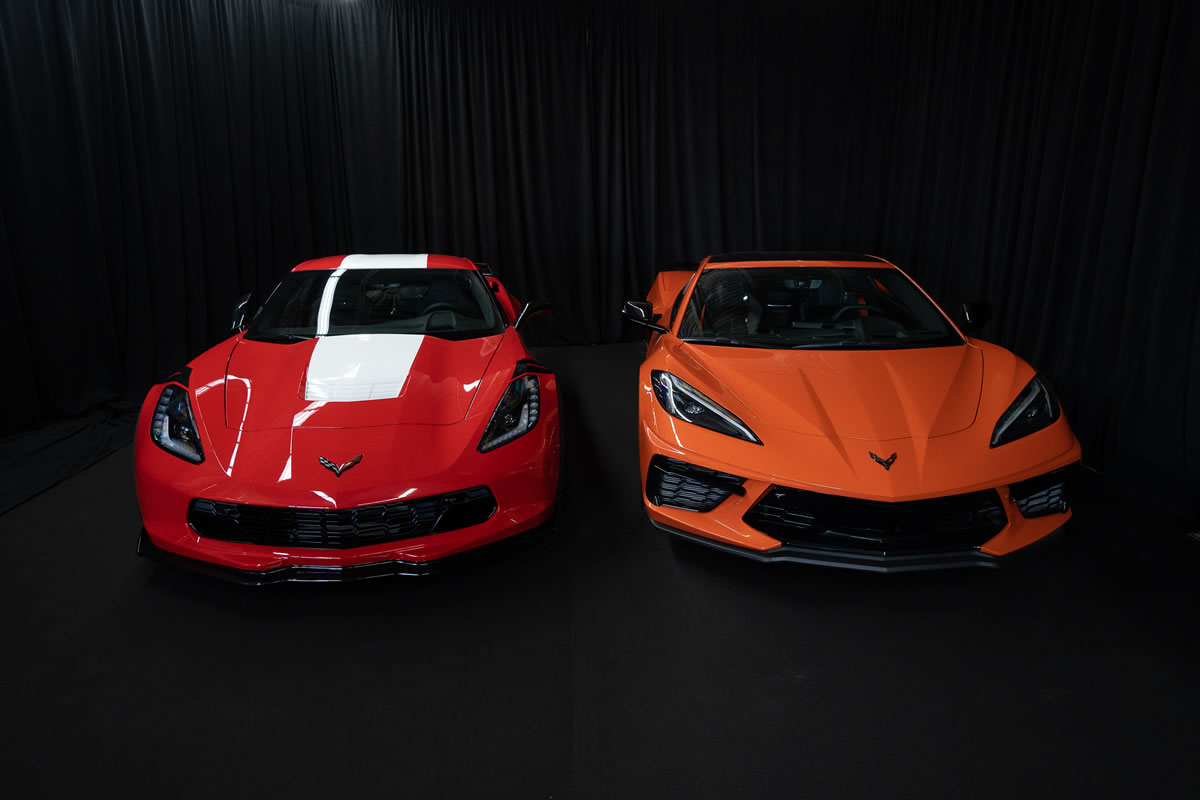 GM Canada and Chevrolet donated these two iconic Corvettes that both went to one bidder last night at a live auction hosted by Manheim Canada auction house, who also donated their services for the cause. The highest bid for the 7th generation Corvette was $187,500 and the 8th generation mid-engine Corvette Stingray sold for $181,000. And thanks to the support from Unifor, GM Canada, it’s employees and retirees, and donations from community members, Durham Children’s Aid Foundation has received over $35,000 in online donations. The winning bidder will also receive a day on the track at Canadian racing legend and former Corvette driver, Ron Fellow’s Performance Driving Schools at Spring Mountain, Nevada and Canadian Tire Motorsport Park, Ontario.

“Thank you to everyone who came together in the spirit of giving and congratulations to the winner who now owns a piece of Canadian history,” said Scott Bell, GM Canada president and managing director. “GM Canada and our community have supported Durham Children’s Aid for over fifty years, and I am so proud that we are honouring Sharon’s legacy to make the holidays a little brighter for children that need it most in the Durham Region.” 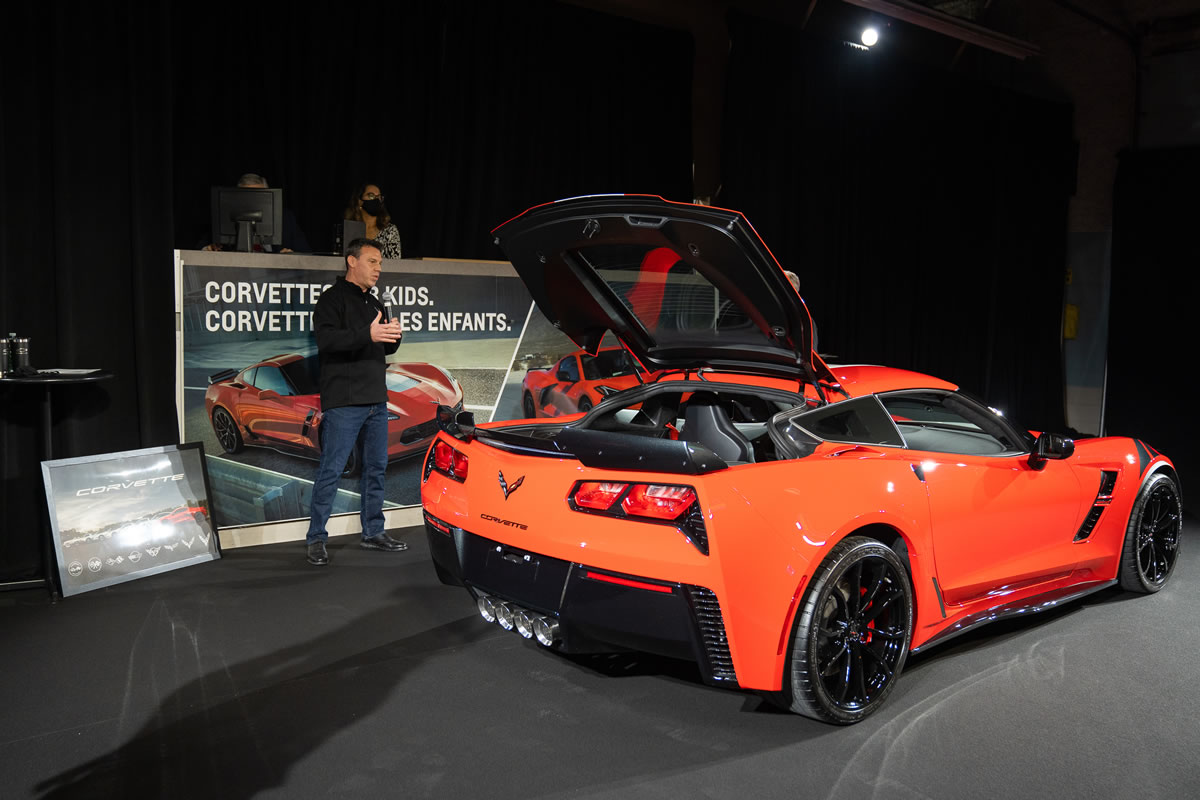 “The Durham Children’s Aid Foundation is extremely grateful to GM Canada for their generosity and Manheim Canada for donating the facilitation of the online auction,” said Leslie McLean, manager of Signature Programs. “These funds will go directly into critical programming the Foundation provides for children and youth in need. This is such a wonderful tribute to such an inspiring person and Sharon would be elated knowing GM Canada is continuing her spirit of giving.”

You can continue to make a direct donation today that will help buy Christmas gifts for kids in need this holiday season. To support Sharon’s Kids and the Durham Children’s Aid Foundation click here.

In 1968, GM Canada employee Sharon Clark started Sharon’s Kids at the GM Oshawa Assembly plant. Sharon decided to skip the office gift exchange and instead, adopt a family in need. With the help of GM Canada employees, Sharon grew her program and continued to support those in need in Durham region for over 50 years. In April 2020, Sharon passed away after a courageous battle with cancer. We’re proud to continue her legacy.

Founded in 1911 in Detroit, Chevrolet is one of the world’s largest car brands, doing business in more than 100 countries and selling more than 4 million cars and trucks a year. Chevrolet provides customers with fuel-efficient vehicles that feature engaging performance, design that makes the heartbeat, passive and active safety features and easy-to-use technology, all at a value. More information on Chevrolet models can be found at www.chevrolet.ca.

The Durham Children’s Aid Foundation raises funds to support programs and services for children and youth living in vulnerable family situations. Programs include our annual Holiday Hope Program, Post-Secondary Bursaries, Mentoring for Success, Positive Transitions for Youth and Camps for Kids. DCAF assists over 2,500 children and youth in our community.