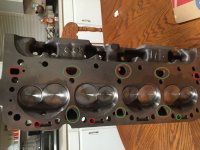 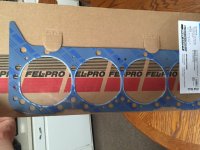 The small holes in the gasket are more to allow steam to escape from the block to allow for complete filling of coolant around the cylinders than they are for coolant flow. The size and odd shape of the holes is more for ease of casting than for flow volume.

Ok. Thanks for the info. I kind of thought that, but it's better to make sure.