Nineteen months ago, Dr. Sean Preston took the reigns as President and CEO from Wendell Strode at the National Corvette Museum. Today, the NCM has announced Dr. Preston is being replaced.

As per a press release just issued by the NCM: 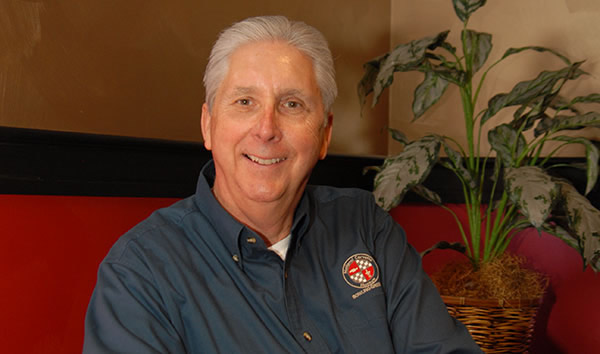 Jack Matukas, former NCM Board of Directors Chairman, to serve as interim CEO[/caption]
The National Corvette Museum (NCM) Board of Directors announced today that President/CEO Dr. Sean Preston is leaving the organization where he has worked the last 19 months.

“We are grateful to Dr. Preston for the commitment and talent he brought to both the National Corvette Museum and the NCM Motorsports Park,” stated NCM Chairman of the Board Glenn Johnson. “Dr. Preston made a positive impact on our organization and we wish him the very best in his future endeavors and thank him for his contributions.”

Johnson said that former NCM Board of Directors Chairman and Bowling Green retired Real Estate executive Jack Matukas has agreed to serve as Interim CEO of the NCM during the transition. “We thank Jack for his willingness to once again serve the NCM,” said Johnson. The Board will engage a search firm to conduct a national search for a new CEO.

Prior to joining the NCM in July 2019, Dr. Preston served as President of a non-profit independent school in Portland, OR. A career educator, he previously served as Founding Foreign Consulting President of the American School of Zhengzhou in Zhengzhou, Henan, China; Founding President of John Crosland School in Charlotte, NC; and Executive Director of Cypress Heights Academy in Baton Rouge, LA. He has a BS in Social Science Education from the University of Georgia, a Master of Educational Leadership from Troy University, and earned his Doctorate in Educational and Non-Profit Leadership from Liberty University.

Matukas served on the NCM Board of Directors from 2002 to 2015 and was the Chairman of the Board in 2012 and 2013. He has been involved since he and his wife, Donna, visited the Museum Annex in Bowling Green in 1989, seeing the vision and becoming Founding Members. The Matukas’ are Lifetime Members of the Museum, in the Spire Society, Members of the NCM Motorsports Park Acre Club and have participated in the R8C Museum Delivery Program numerous times. He can be reached at jack.matukas@corvettemuseum.org.