Although budget-busting gasoline prices are boosting sales of more-economical autos these days, sports cars still reign supreme in the hearts and minds of the automotive industry. Mass-market models such as the Toyota Camry or Ford Focus contribute more to a manufacturer’s bottom line, but it’s the sleekest, quickest cars in the showroom that make our hearts race, and often help sell more-mundane models in the process.

One of the most-anticipated sports cars in recent memory, the new-for-2009 Chevrolet Corvette ZR1, takes “America’s Sports Car” to stratospheric levels of performance. It also takes the venerable Vette beyond the six-figure barrier for the first time in its 55-year history. The price is a staggering $102,450.

“The ZR1 brings Corvette into the exotic car category in terms of performance and provides a ‘halo car’ for both line and the brand,” says George Peterson, president of AutoPacific Group, a Tustin, Calif.-based research firm. “It takes Corvette out of the ‘Joe Lunchbucket’ category and into a more sophisticated market segment.”

The Corvette’s new top model represents the second coming of the original ZR1, nicknamed “King of the Hill,” which was sold from 1990 through 1995. That version was essentially an option package – nicknamed “ZR1,” of course – which added more than $27,000 to the cost of an otherwise $32,000 car. It packed a 375-horsepower aluminum-block V8 engine that was built by Mercury Marine (it saw duty on the water as well as the road) and recorded what was at the time a blazing a 4.9-second 0-60 mph time.

Fast forward to 2009 and marvel at what less than two decades of automotive advancements have wrought. The 2009 ZR1’s new engine, a hand-built “LS9” 6.2-liter supercharged small-block V8, produces a breathtaking 638 horsepower – 70 percent more powerful than the original iteration. Chevy claims the car can reach 60 mph in just 3.4 seconds (thanks to a six-speed manual gearbox that drives the rear wheels) and reach an outrageously illegal top speed of 205 mph.

The ZR1 is priced more than $30,000 higher than the next most-expensive Corvette, the 500-horsepower Z06, and costs in excess of $55,000 more than the still-speedy base car. Nonetheless, industry observers insist it remains true to the Corvette’s heritage as an “affordable” sports car. With the ZR1, the frame of reference has been, as Emeril would say, kicked up a notch.

The new model “reinforces the ‘performance-to-price’ value status that Corvette traditionally holds versus its comparably performing competitors,” argues Leo Parente, a New York-based automotive industry consultant. “Only in the ZR1’s case it stands up against significantly more expensive Ferraris and Lamborghinis.”

On the outside, the ZR-1 has seen only minor styling tweaks to differentiate it from the rest of the Corvette line. The most significant changes lie beneath the two-seat coupe’s fiberglass bodywork.

The ZR1 is built on a lightweight aluminum-intensive chassis and comes with specific suspension tuning that affords quicker handling than either the base car or the Z06 version can manage. A sophisticated Magnetic Selective Ride Control system is standard. It governs wheel and body motion via “magneto-rheological” fluid in each of the car’s shock absorbers – this is oil that’s infused with lots of tiny metal balls, the viscosity of which (and, in turn, the resiliency of the shocks) is affected by a magnetic current.

A choice of driver-selectable settings includes an ultra-stiff track-level mode that’s engineered exclusively for cornering. Unfortunately, the added grip comes at the expense of a brutally rough ride. Fortunately, the system’s other operating modes are able to better handle pavement imperfections and make the car fairly well mannered for everyday use.

Upgraded brakes include Brembo carbon-ceramic rotors for secure stopping power, and the car rides on wider Michelin Pilot Sport tires with 19-inch 20-spoke wheels up front and 20-inch wheels and tires at the rear.

Though the Corvette ZR1 is subject to the federal gas-guzzler tax, its fuel economy handily beats many lumbering SUVs. At least in grandmotherly-polite driving, the EPA rates the ZR1 at an estimated 14 mpg in the city and 21 mpg on the highway.

Despite carrying a six-figure sticker price, the ZR1 is built with an emphasis on sheer performance over luxury. However, buyers who simply cannot do without certain conveniences can specify a $10,000 option package that includes amenities one might otherwise expect of a car in this price range, such as power leather seats, side-impact airbags, a Bose audio array, a navigation system and a Bluetooth hands-free cell-phone interface.

And if this all runs counter to the rapidly evolving conventional wisdom in the auto business that smaller and less powerful is better, perhaps that’s exactly the point. “A fundamental Corvette tradition has always been ‘breaking the mold’ on what a high-performance car should be,” Parente says. “The ZR1 reinforces this with leadership in technology, design and execution.” 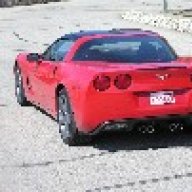 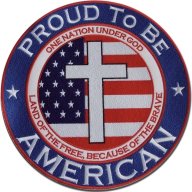 The more you sweat in peace, the less you bleed in war.
You must log in or register to reply here.