[News Article] In seashell, echoes of the past

The following isn't technical in nature, but I think it's an awesome story and it is related to the NCRS and Corvette restoration. Enjoy.

In seashell, echoes of the past

Christina Cantone and Kevin Mackay of Merrick rekindled a love after more than 30 years apart. Christina tells how it happened.

It all started when I was pledging for a sorority my freshman year at Valley Stream South High School in 1972. I had to pen a mushy love letter and send it to someone. I chose classmate Kevin Mackay.

I had a major crush on him and wrote that I adored him. We started dating after that. He was my first boyfriend, and I was his first girlfriend. We were both 15.

Kevin and I would go fishing, ride our bikes, walk home from school together and I'd visit him at the Carvel ice cream stand where he worked.

On Kevin's birthday, I engraved our names on a seashell with the date, 7/12/73. It was a very innocent time and a lot of fun.

One day six months later, Kevin told me we had to break up. His wrestling coach had drilled it into him that he didn't need a girlfriend while he was training for an event. It was too distracting.

I was heartbroken and angry, but in time we again spoke to each other. After graduation, we went our own ways. I married, moved to Florida and later divorced.

Then, in 1998, while I was with friends at a National Corvette Restorers Society event in Orlando, one of them mentioned a very talented Corvette restorer named Kevin Mackay. He was from Long Island.

Realizing it was my first boyfriend, I tried to find him, but he'd already returned to New York. I didn't pursue it any further.

Time flew by, and in 2005 I heard about our 30th high school reunion and signed up on the school's Web site. The next day I received an e-mail titled, "My First Love." It was from Kevin! He, too, was single with no kids.

Kevin came to visit me in Florida that March. When I met him at the airport, he asked, "Do you remember this?" and handed me the seashell I had given him for his 16th birthday. He had kept every letter and little gift I had given him more than 30 years earlier!

We began a long-distance relationship, but I eventually moved back to Long Island and married my first love on April 14, 2007.

Best wishes to Christina and Kevin!

Great story. Kevin is very well-known in the Corvette community.

Kevin and his wife Christina are good friends of ours. They were married in April, in a setting to rival any wedding we had ever attended - they are a great couple!
For more information on Callaway Corvettes, please visit: http://www.callawayownersgroup.com 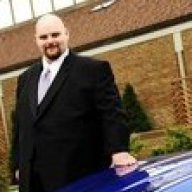 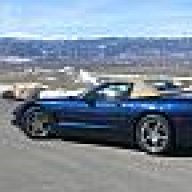 That story sounds an awful lot like the story of my wife and me. High school sweethearts, broke up, did see each other for about 30 years and then married. I will have to make my wife read this story. Thanks for sharing it.

It's all right to be crazy, just don't let it drive you nuts. Jimmy Buffett :W
Click to expand...

Vettes = Love. Cool story
You must log in or register to reply here.