So my seat which is stuck moved fully backwards, the motor still works but I pulled a TON of change out from uderneeth it, there is a bunch of change jammed in the rails keeping the seat stuck, unable to move forward. It's stuck siting over the rear mounting bolts so I can't remove them, or the seat. I tried blowing high pressure air from a compressor in there, sucking wuth a shopvac, sucking and blowing didn't cut it... The dealership said they would fix it for an hour of labor, $110.00 or there abouts, but they told me after looking at it that it would be around 4hrs of labor so I'm taking it home.

I have the airbag light on, I wanted to go after the connector and clean it out to se if it would fix my airbag light, that's a known issue, so I'm wondering if simply unplugging the seat connector will disable the airbag. But I kinda don't want to be driving around with no airbag.

I think I am going to have to un uphonlster the seat to break it down and try to get it out somehow. If anyone has any tips I'd love to hear them.

Is the big purple clip you can get to from the front of the seat the main clip power harnes for the seat?

Is there an option to turn off the easy entry feature? Then I can leave the seat plugged in, I just don't want to fry the motor having it fire trying to move everytime I turn the car on \ off. If thats possible I can leave it plugged in , but then I still have the airbag light on. ...

If anyone has a bright idea I would love to hear it, Thanks! 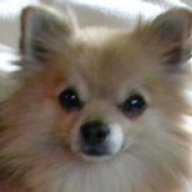 Press the Option button until AUTO EXIT RECALL appears in the DIC, Press Reset to the NO mode, then press the option button again.
ECS Supercharger, Headers and Corsa Extreme "mufflers"
T

Thanks bud! thats gonna work for now, I'm not looking forward to un upholstering the seat, let alone with it in the car ...
You must log in or register to reply here.

9
Question: 1990 C4 Hazard light button is stuck in the on position.