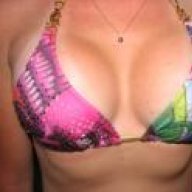 If you install a superram on a stock vette will you see any performance gain, using stock intake, stock throttle body?

yes you will see a gain. you will move your peak hp to a higher rpm and have a minimal effect on low end torque.

only thing i dont like is it is a royal pain in the ass to install.

i'de make sure my injectors and everything under that plenum that requires removing is in perfect shape.
as of 7/28/07 Corvetteless, soon to change!
S

in the late 1970's, the ''powers that be'', in GM and other places, decided to kill the 350 c.i. engine and feed us the 305 c.i. as ''the top of the line''...realizing that reduced performance from the 305 (inferior to earlier years 350 engine) would loose sales, GM expended considerable resources of money and executive mandates to develop the ''tuned port induction'' for the 305 displacement engine...when the 1982-california(only)-305 corvette proved to be a front (sales) room disaster, the 350 c.i. engine got new legs...too many heads would have rolled if the ''305/tuned port'' were shelved at that point, and bolting the tuned port hardware on the 350 was effective at low rpm for general purpose usage, so that went into production --everybody in the ''big house'' was safe, until buyer feedback starting day one told that the 4300 rpm ''wall'' was NOT acceptable...time for a change.

there are improvements that can be made to the original 305/tuned port design that are of some help to meet the airflow demands of the 350 c.i. engine...if you are satisfied with a ''half-fast'' engine, do those.

leap-frog to the LT-1 intake (or aftermarket imitation there-of) mod to your L98 for big gains at budget prices.. ooorrr, complete, good running, LT-1 iron head caprice engines from ''j-y supply'' are abt $600 today and are nearly bolt-in, even retain your old distributor/ ecm with small mods, to avoid ''opti'' aches.
J

Speedmaster4 , are you saying that if you use an LT1 head on the L98, you can use the LT1 mainifold without modifications, thanks Jim.
JimD
USA
YNG AGN
S

it is ''possible'' to put LT1 heads (and intake) on the L98 block, but not practical...putting just the Lt1 intake on the L98 long block (cylinder block + heads) is worthwhile...the LT1 intake sits on the L98 long block perfectly and ports line up, just none of the bolts line up (some by a little, some by a bunch), need to add a hole for the retained L98 distributor (egr relocates for street using free-standing egr valve similar to mid-80's v-6 camaro, delete egr for off-road), need coolant outlets added.