It's not always easy to find a classic Corvette in near mint original condition, but this 1978 Corvette Indy Pace Car with 120 miles on the odometer comes pretty close. 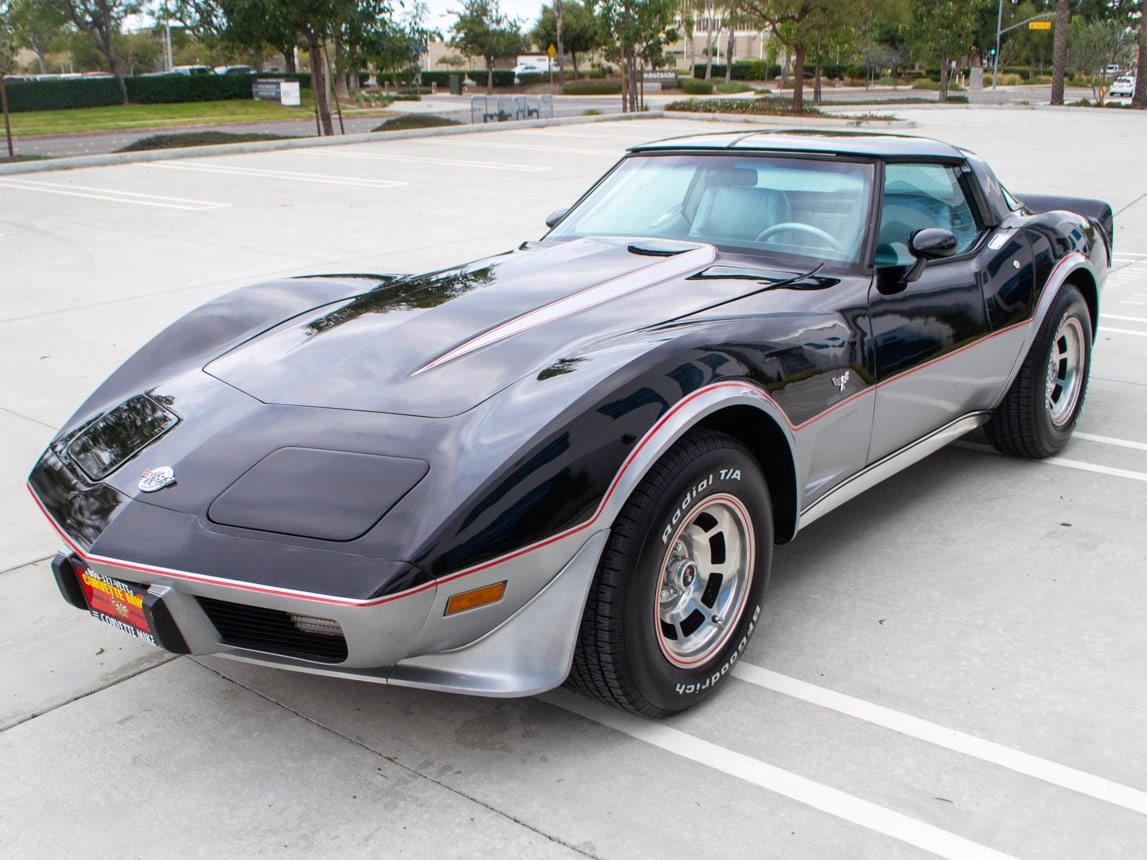 Back in 1978, Chevrolet was chosen to pace the Indy 500 and to commemorate the honor, they announced that a limited run of 2,500 Pace Car replicas would be offered for sale to customers. It would feature the Corvette's new for 1978 fastback redesign as well as a special black and silver two-tone paint scheme, silver interior and Indy 500 pace car decals. 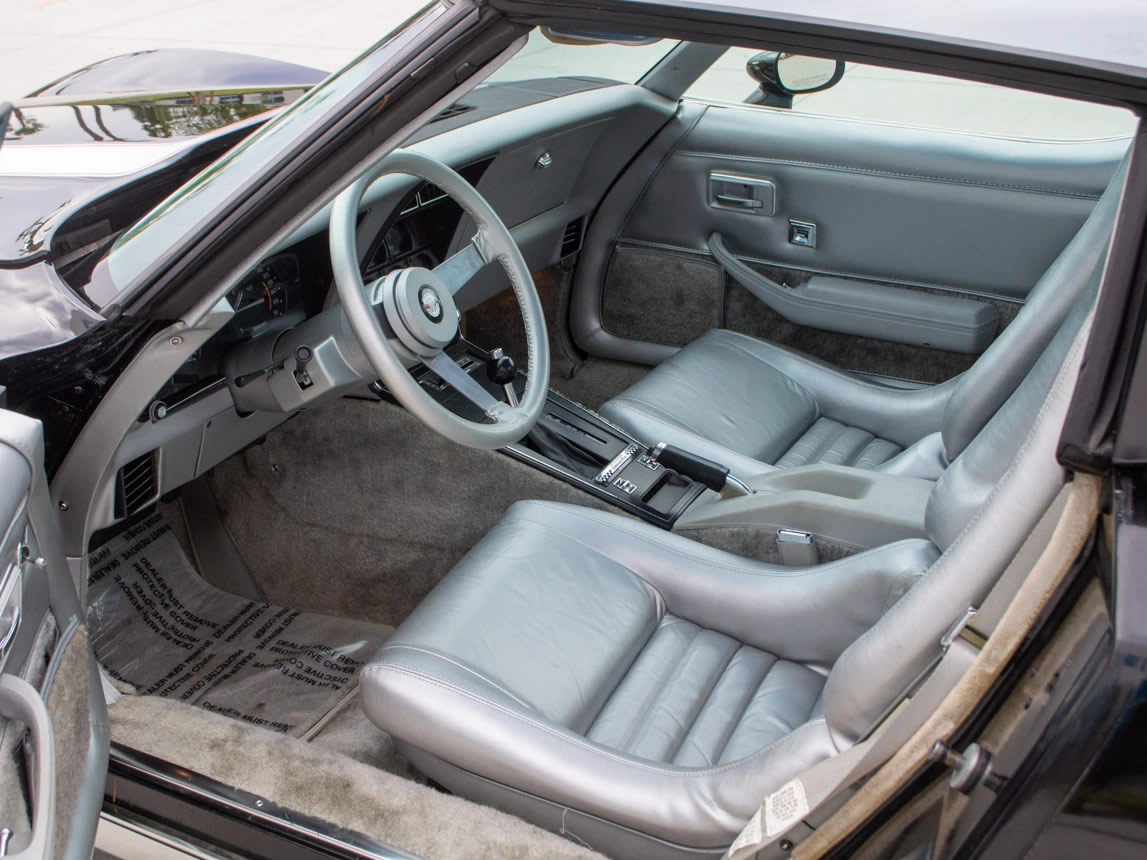 Demand for the car shot through the roof when investors heard that production would be limited to only 2,500 and it quickly turned out to be one of the most desired Corvettes of its time. So much so, that Chevy dealers started playing games with customers trying to bilk them out of as much money as they could in order to make the most out of the demand.

It wasn't uncommon for some dealers to charge a hefty "Market Adjustment" over and above the MSRP of the vehicle. Sound familiar C8 Corvette fans?

In some cases, customers started filing lawsuits against dealers after finding out that their "agreed upon price" at the time of placing an order, was not being honored when the customer came in to take delivery of the car.

However, plenty of customers with the spare cash to spend, sucked these pace cars up like Skittles and tucked them away in climate controlled garages while salivating incessantly at the thought of their investment making them rich. 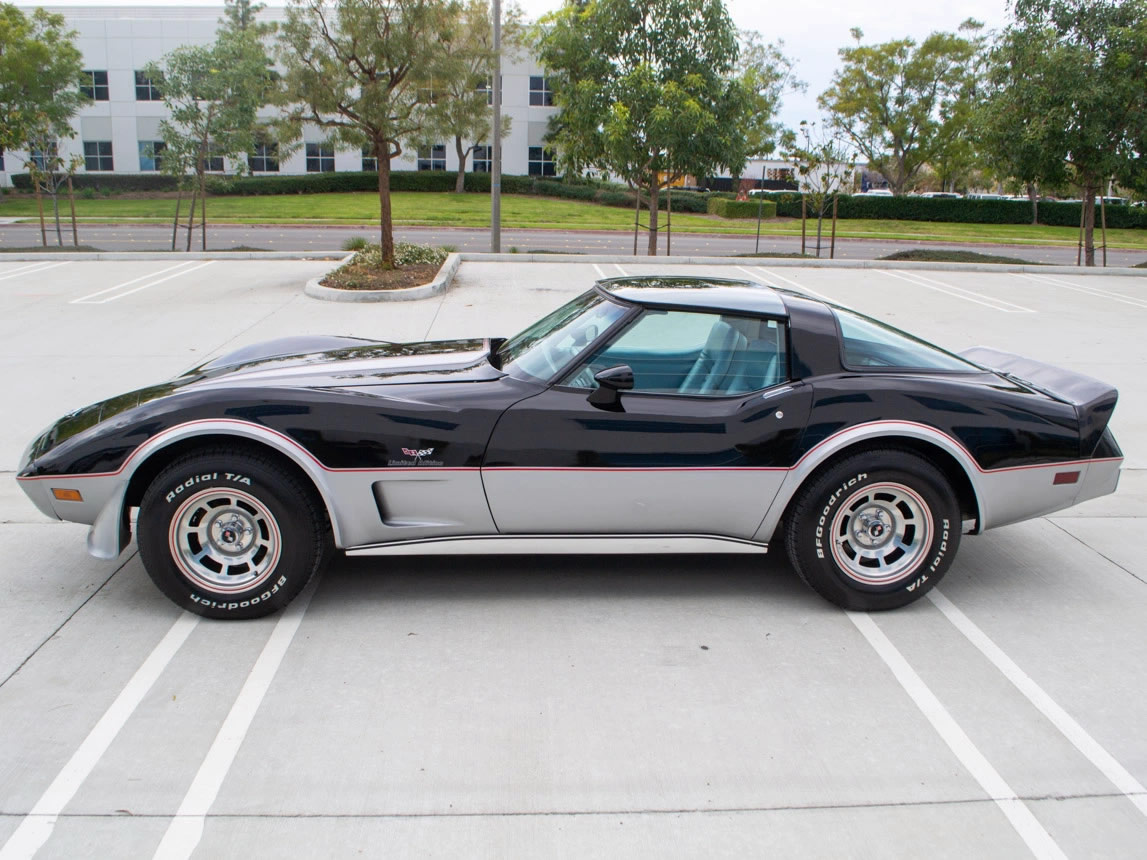 Unfortunately, *most* cars are awful investments and any good financial advisor will tell you that they're nothing more than horribly depreciating assets. This couldn't be more true - especially when Chevrolet throws a curve ball and decides to build as many "limited production" Corvettes as they can churn out. Such was the case with the 1978 Corvette Indy Pace Car.

This particular one up for auction by Corvette Mike in Anaheim, CA through the Bring A Trailer website is one of those examples that were tucked away for years.

This Chevrolet Corvette is one of 6,502 produced in the Indy 500 Pace Car edition for the 1978 model year and shows just 120 miles. The car was delivered to Dunn Chevrolet-Oldsmobile in Roanoke, Alabama, where it was reportedly kept in a showroom until being acquired by a series of collectors and twice by the selling dealer. Finished in black and silver with a matching interior, it is powered by a 350ci L48 V8 paired with a three-speed automatic transmission. This C3 Corvette was previously offered on BaT by the selling dealer in California in March 2020 and is being offered again with a spare set of tires, manufacturer’s literature, paperwork from the original owner, and a clean Illinois title.
Click to expand...

Based upon the pictures, it appears to be in beautiful condition, however looking at the previous BaT sale listing back in March of 2020 - the odometer was 118 miles. That means that in just a little under a year, it's only been driven two miles. That's pretty much been the life of this poor Corvette. 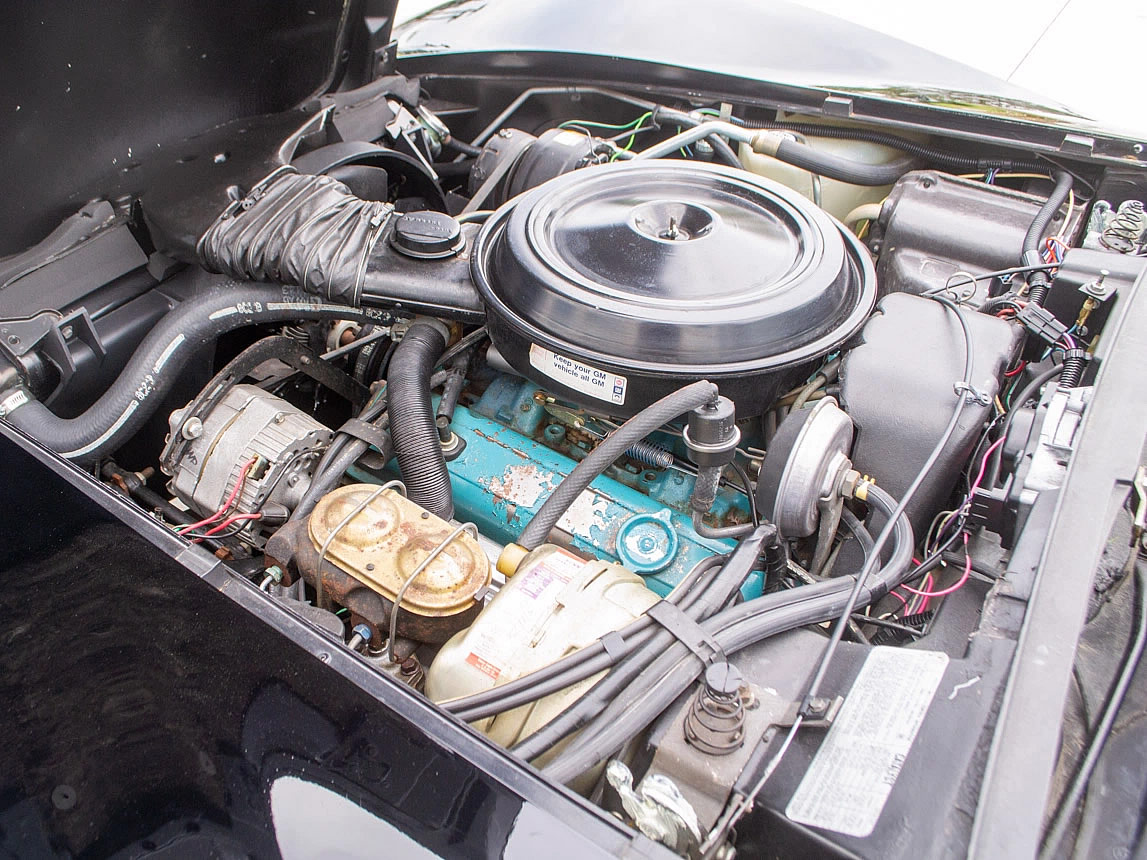 Most of my loyal readers know that I love driving and racing my cars. While it seems like a total waste to me to shove a perfectly good Corvette away in a garage for the bulk of its life, I also understand why some people want to preserve and protect every facet of the car they love so much. It's basically a catch-22 for me.

Regardless of whether or not it's a Corvette modded for weekend track duty covered in brake dust and shredded tire shrapnel or a beautifully preserved example of a classic edition such as this '78 Pace Car, each is worthy of a well deserved spot in anyone's garage.

That's what makes our Corvette hobby so awesome!

I remember "in the day", a semi with 5 other Pace cars, showing up at the local Chevy dealer and loading up the one they had.....Come to find out, they all were going to one guy in Texas who was "collecting them".

I remember guys going nuts buying these because the Wall Street Journal said they would be instantly high priced collectables. Then GM succumbed to pressure from the dealers that were not getting one of the planned 500 and GM decided to make enough so each dealer could have one if they wanted it. End of instant collectability. It was a lot of years before original buyers could get their money back, let alone turn a profit. Then it needed to be a L82 4 speed and still in all of the shipping wrappers to bring top dollar. Also many were driven a lot of miles with the speedometer cable from the cruise control transducer to the speedo head disconnected to keep the miles low. I have seen a lot of these with dirty carpet, wear and tear under the hood and worn tires that have obviously been down the road a lot of miles but still say super low miles. I saw one at an auction a few years ago that showed 32 miles on the speedo but showed maybe 50k under the hood and chassis. I don't trust one that looks worn under the hood and is dirty inside.
NCRS 1360.............SACC 2082.............C1 Registry..............L81 Registry
You must log in or register to reply here.

W
Question regarding the windshield on my 95 Indy Pace Car