Well, it's been a longer project than we had planned, we started planning it in the middle of May and started actually working on the car July 3rd and finally today we finished.
Today we had to reinstall the drivers side exhaust manifold which was removed to get the frozen studs out to replace them since two of them were stripped than we installed the complete new exhaust system. Next was the reinstallation of the power steering control valve which Mike rebuilt.
After that we filled the radiator with coolant. A minor leak there and we discovered a loose clamp on one of the coolant hoses but that was easily and quickly fixed and stopped the drip. Next we refilled the power steering pump with power steering fluid and it was time to test fire up the motor. After just a short amount of cranking she fired up and the motor and new exhaust sounds just fine.
An odd whining noise that seems to be coming from the alternator may be indicating a bad alternator pulley bearing I'm guessing but Mike will work on that noise once he gets the car home along with some other odds and ends stuff. He now has all winter to work on the car so he will have it to enjoy in the Spring. He wants to clean up the engine bay and dress it up with nicer valve covers, clean the intake, etc to make it look good plus he needs to work on the interior.
Once we fired up the motor i noticed the car wouldn't go into gear but checking the tranny fluid we saw the dipstick came out dry, not a surprise as they mentioned the tranny always dripped a lot, so i'll run back to the car on Tuesday with some tranny fluid and fill it up and check it again. Not a big deal really, when I got my '78 the same thing happened - no tranny operation and I discovered it was very low on fluid so I filled it up and she has been great ever since.

in a few days they will send a flatbed to come pick the car up and take it home, than get it over to an alignment shop, than eventually over to DMV to get the car registered for the road.

He still has a lot to do to make the car really drivable and usable, but the project that we offered is now completed. He has a good, solid, replacement frame, along with all new and/or rebuilt front and rear suspensions, new exhaust, all new brakes front and rear, etc.

Actually, there is one more thing left to do on this project and it's up to me to complete. The article that is going to be run in Corvette Enthusiast magazine needs to be written and submitted and that is on me so over the next week or two i need to find time to sit down and write all about this from start to finish.

Oh....... as an added bonus for today, today is actually Mike's (the young car owner) 18th birthday. What a present for him to have this project finished on his birthday! He was very excited.

Well done, Barry! Thanks for keeping us in the loop!! 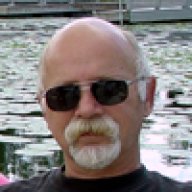 Lets hope Mike doesnt swap it with a guy for a blinged out Honda.

Been watching this unfold since May. Very nice. Good PR for present and future C3'ers everywhere

thanks for the kind words guys! Mike is VERY, VERY happy. getting the car completed on his birthday was an added bonus.

Andre, I'll get that package back to you as soon as possible, just have to work it to get to the shipping store around my work schedule
:cool :cool
1965 Milano Maroon Coupe 327/365
1978 Dark Blue L82

BarryK said:
Andre, I'll get that package back to you as soon as possible, just have to work it to get to the shipping store around my work schedule
Click to expand...

Barry, Great pictures, wonderful documentation, and a TRULY awesome project! Glad it turned out well for Mike (and for everyone who had a hand in the project), and congratulations for stepping up and getting it done!
Andy Anderson 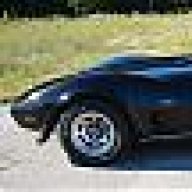 Barry, wonderful story and I am really glad to see everyone get together to make this wrong right. Another reason why I am glad to be a Vette owner and part of the Corvette Family. I have to ask, how do you get that many cracks in a frame?
[SIGPIC][/SIGPIC]
JEFF

Jeff, you got me! no one can figure out how so many cracks like that happened. All we can guess is that that car had one hard life before Mike bought it. BTW, were you at our Corvettes for Chip show on Nov. 11th? the car in your avatar looks like a car that was there as it was also black with a red interior. If it's the same car I'm thinking of it's by far the nicest '79 i've ever seen! Not only the paint, but the best engine bay i've ever seen on a late model C3 BY FAR.
:cool :cool
1965 Milano Maroon Coupe 327/365
1978 Dark Blue L82

Sorry I couldn't be there for the end of the project; just got back in town last night and headed out again this afternoon. Sounds like everything came out OK, though. I hope the kid keeps us all updated with things he does to the car from here on out. I'm going to kind of miss heading up to Andy's place on Sundays now (won't miss working on it in the cold, though).

Let me know when you start your Muncie re-build

Bernie
no problem! the help you gave when you were available was generous enough, not to mention getting us the sandblasting on the frame!!

He already had the car flatbedded from Andy's and taken to his cousin Dale's place for the winter to do other work on it. Turns out Dale has a huge garage with a lift (NOW we find this out, go figure!!!). I'm sure we will hear about progress on other areas of the car from over the winter work on it.

I need to talk to the painter about when he can get my car back in this winter to re-do one of the fenders so I can schedule the tranny work around that. I'm thinking of seeing if i can get the car to Dale's house to use the lift for removal and reinstall of the tranny and if he has enough room to let me leave it there in between while I do the tranny rebuild. I'll let you know when it happens though whether I do it there or here at home. If it's here at home I may ask for your help for the removal and reinstall.
:cool :cool
1965 Milano Maroon Coupe 327/365
1978 Dark Blue L82

My dad passed before ever handing over the keys to mine. Just going through all the pictures and seeing what you did with your sons is satisifaction indeed. Someday I'll be sure to hand over the keys to my boy, Graham, born 7/31/07. Of course he'll be fighting it over with his twin sister Lucy I'm sure! Congratulation on such a fine acheivement with your son and the car! Hours well spent!

smorrismi said:
My dad passed before ever handing over the keys to mine. Just going through all the pictures and seeing what you did with your sons is satisifaction indeed. Someday I'll be sure to hand over the keys to my boy, Graham, born 7/31/07. Of course he'll be fighting it over with his twin sister Lucy I'm sure! Congratulation on such a fine acheivement with your son and the car! Hours well spent!
Click to expand...


I don't have sons and Mike isn't my son. members of our Corvette club heard about his problem with the car and simply decided to help him out. Mike's dad and his two younger brothers did help out on the project though so Mike does have the satisfaction of knowing he did it together with his family with our help

My bad... still awesome and congrats! 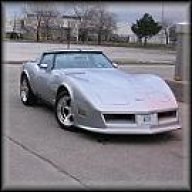 I just went through the whole story again. Still cool. Should be read by everyone. Has Mike come back from his first solo ride yet, or is he just out there cruisin?

What a tremendous undertaking!

Congratulations on completion of your project!

I'm glad to hear it all turned out well. I read about this at "the other forum" and was wondering how it all came out. What a great thing you guys did.
2007 Atomic Orange Coupe Cashmere/black interior

Its great to see that finished and that must be one very happy young man. That was so great of all involved to help this young man out!

I bet he can't wait til spring
You must log in or register to reply here.