is someone use this famous four valves heads ( Arao Engineering), and have informations about it??

I have already this web adress.

I would like find someone who's install it on his engine. (have information about real effectiveness, reliability, ...etc... )

I doubt if you'll find any users - those heads are extremely expensive (over $6,000.00), and you could probably count the number of buyers on your fingers.
John
'67 Convertible 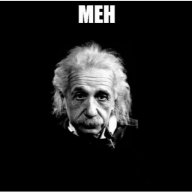 Unless you are using forced induction I can't possibly see where these heads will do anything for you on the street, except for the 'wow' factor. For that kind of money you can get a complete engine built by a Nascar shop.
​

JohnZ said:
I doubt if you'll find any users - those heads are extremely expensive (over $6,000.00), and you could probably count the number of buyers on your fingers.
Click to expand...

I have already this web adress.

I would like find someone who's install it on his engine. (have information about real effectiveness, reliability, ...etc... )


In a word forget it. We ordered 32valve Ford Cleveland cyl heads from him on 2/1/06. Paid in FULL USD$11k + to expedite the order with a promised delivery date of 90days MFG. and so far we received some pictures and a whole lot of bull**** promises.

Unless you feel like throwing your $$$ down the toilet, don’t even go there, take it from our VERY bad and costly experience with Arao.

I can write you pages and pages regarding this order with Arao, but I will spare you the headache.

Short Story...On Saturday, January 21, 2006 6:26 PM I Kevin Gall made contact via email with a company located in California U.S.A. As you know the company is ARAO Engineering Inc. the owner is Russell ARAO . In my contact email to ARAO i enquired about a special order set of FORD Aluminum racing cylinder heads - a product ARAO advertises & manufactures. After receiving a reply and several emails i decided to place an order with ARAO The product is special order Automotive cylinder heads to suit a Ford V8 for racing use at a fax quoted cost of USD $11,000.00 manufacturing leadtime ARAO states on paper 90days for special orders.

On 31st January 2006 payment via Int'l Bank Wire of USD $5,500.00 & 6th February 2006 USD $5,500.00 was completed in FULL to ARAO Engineering Inc. Bank account. After several more emails to finalize details and special requests i was informed by ARAO were engaged and going. After some waiting i emailed ARAO on Friday, June 02, 2006 12:39 AM to ask if everything was on track, i received a response back from ARAO that everything was fine and on track.

Again after more waiting On Friday, September 15, 2006 03:05:42 i asked via email a good friend of mine that owns a reputable drag racing supplies shop located in Whittier, CA U.S.A. to contact ARAO by telephone. He spoke with Russell ARAO and he stated to he was waiting on parts from an outside supplier - hence the delay. In months to come i have made ALOT of repeated attempts in writing, faxes, calls, emails to receive a date for finalizing and completion of my special order. I still have not received a date at which my order will be finished.

As of today Sunday, Jan 17th, 2008 nearly two(2) years later i have not received my order from ARAO Engineering Inc, only BU**SHT PROMISES AND ABSOLUTE LIES. The only thing i have received is pictures of my heads un-finished. I believe i have been patient and understanding and more than reasonable considering that ARAO has not delivered as promised 90days to manufacture.

From my personal dealings I heavily caution anybody wishing to part with their money to purchase from a disreputable company like ARAO Engineering Inc. If you have any questions/comments please email anytime! ....Arao Engineering has been reported by myself to the L.A Better Business Bureau & also C.A dept of Justice ,The office of the Attorney General C.A. It is noted Russ Arao Failed to respond to any complaint(s).

**NOTE: I/We am willing to persue this matter all the way into a U.S Court. ANY support is welcome! This person/company CANNOT steal your money and think that it is right or acceptable -no matter what.
You must log in or register to reply here.