Anybody got the b&b 3" system? What can i expect from the system? any details. A sound clip at idle/a lil rev would be great.I looking for that deep dark sound. Looked at the corsa but dont like the looks of them. The B&B tips are awsome. Gonna run LT and highflows later with the B&B. 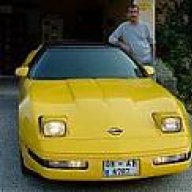 Go to www.youtube.com and search for B&B. I am sure you will find a few video clips there.

Tried searching "Tri-flow" in a couple of variations?
N

I've got B&B 3" on my 1996 LT4. The system looks good and sounds good. It was a little challenging to get on, but I guess that there are issues with '96's. The bad news is that the resonator cracked after about 2 years. I didn't have the time to mess with trying to get a replacement so just had straight pipes welded in place of it. Its one hell of a lot louder now. This is fun for just running around town, but on longer trips, I wear ear plugs. I'll eventually get another resonator.

What was interesting was that with the factory hardtop on, the resonance went away. :confused

Other than that, the sound was great and definitely a deeper sound than other systems. Expect about a 10HP gain and 15-18 ft-lbs more torque.

B&B makes a 2 3/4" system with a re-designed resonator that is supposed to pretty much eliminate the resonance. If you don't have a specific need for the 3" diameter pipe, I would recommend the smaller pipe. B&B also has an X-pipe that you can substitute for the resonator when you order the system. If you want it later, it's about $300 :eek

Installing my system required me to cut one of the rear pipes, but it was one of the early systems. The metal is very thick and everything is polished!!
C4cruiser
Corvettes de Olympia
Puget Sound Corvette Club
NCM Member #7353
02 Vortech supercharged EB Coupe
87 Gold Coupe 4+3 Z52
My Past Vettes: 92 Vert, 78 L82 Coupe, 73 L82 Coupe, 70 LS5 Coupe 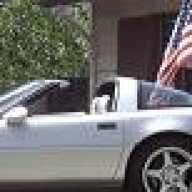 Never had the car on a dyno, but the seat-o-the-pants dyno says it pulls stronger and longer, particulary in the higher RPMs.
B

Compaired to the force system from flowmaster/the borla system which will give the best sound? and the most ponies.
You must log in or register to reply here.