Yesterday, April 1st, 2015 marked 15 years that the Corvette Action Center web site has been live on the web!

I can't believe it's been 15 years and it's definitely been quite a ride!

For those of you that are new to the site, the Corvette Action Center originally started out as a five page, class final for a web development class I was taking in late 1999. It was a small, basic, New Hampshire-based Corvette site with a home page, a contact page, history page, events page and tech page. I aced the final and the instructor thought it was so good, that I should turn it into a live site on the web for New Hampshire Corvette enthusiasts. CorvetteNH .com went live in January of 2000.

As fate would have it, I moved down to Northern Virginia to start a web development career with Kiplinger Washington Editors, Inc. I quickly realized, CorvetteNH .com would no longer be viable since I was not in NH any more and couldn't keep track of what was going on in the local Corvette scene. As a result, I decided to change the focus of the site from spotlighting the New Hampshire Corvette scene, to focusing on a global Corvette site that would be both helpful and informative to Corvette owners and enthusiasts.

CorvetteActionCenter .com was born and went live on April 1st, 2000.

In light of other Corvette sites out there, I was doubtful the site would take off. Thankfully, a few people drilled into my head: "build it, and they will come." To this day, those words still ring true in my head from time to time.

Over those 15 years, a lot has changed. As the site grew, we saw several server moves until we finally landed on our server capable of handling the traffic that we receive throughout the entire site. As other Corvette web sites and online communities have been gobbled up by larger online company conglomerates, today, the Corvette Action Center remains privately owned. While those same companies approached me to sell the CAC, I declined. The Corvette Action Center is, and always has been, my baby, and while the offers may have been good, I just couldn't bring myself to let it all go.

Along with server moves and site growth, we also got together at annual CruiseFest events that we held around the country. Some of the highlights of those events included seeing the arrival of 2005 Corvette prototype sent over to our CruiseFest event in Auburn, Indiana by GM. For many of us, that was the first time we saw the new C6 Corvette in the flesh, and to this day, I still remember seeing that red prototype driving down the interstate, getting off the exit and pulling into the hotel parking lot with all of us standing around.

Additional CruiseFest events were held in Bowling Green, Kentucky, St. Louis, Missouri and Colorado Springs, Colorado. During those CruiseFest events, a magical thing happened: online personalities from here on the forums finally met face to face. Friendships and relationships were forged and some lives were changed forever. It is those friendships that we hold most valuable; above and beyond any Corvette. While it was the Corvette and the CAC that brought us together; cars come and go, but friendships can last a lifetime.

"I never thought I would acknowledge a website in a book, but the Corvette Action Center site is exceptional and is clearly run by enthusiasts with a real and deep interest in the Corvette. In a virtual world dominated by the C5, the CAC is very strong on the C4. I am deeply indebted to them for permission to use their tables of C4 statistics, the important RPO numbers, and in particular their research on the no-cost option codes that appear on the Service Parts Identification Label, and I recommend their fascinating website."
Click to expand...

In January of 2013, General Motors invited me out to Detroit as part of the media group to attend the official unveiling of the 2014 C7 Corvette Stingray and to cover the event for the Corvette Action Center. As the cover came off the car to press from around the world, I was right there with camera, taking a ton of photos and immediately running to the back of the room to upload them here on the site so all of our members could see it! To this day, I am thankful to General Motors for extending that invite. It was an incredible experience and the opportunity of a lifetime for me and the Corvette Action Center.

However, over these 15 years, we have not been without our losses as well. While we gain new members on a daily basis, we have also lost some very valuable members as well. Remo, Bud Dougherty and Jane Ann just to name a few. Some of the members we've lost have been members since the forums began around September of 2000. Above all else, it is the memories I have of those individuals and the incredible times I had with them, that I will always cherish.

Today, those five pages from 2000 have grown into well over 3,000 pages. We have just under 26,000 members here in the forums, and the Knowledgebase holds over 1,000 articles containing service bulletins, recall notices, tech articles and some rare documentation going all the way back to 1953.

So, here is to you, our members - thank you for continuing to support the Corvette Action Center and your many years of helping to shape and mold it into one of the top Corvette enthusiast sites on the web!

Congratulations Rob!! I joined in March 2002 and CAC has always been my go-to website. I've learned a lot along the way and met many wonderful and helpful folks.

It's been my pleasure to be a part of this site for over ten years, Rob.

I am a Ford Mustang enthusiast who is a "closet" Chevrolet Corvette enthusiast Thanks for doing what you've done. I visit here and learn a lot. Perhaps someday I will get that long desired Corvette. This site will be the top of my "home group" list. Appreciate it!!

Many thanks Rob. Without you I would never have had the opportunity to meet Six Shooter and take a 3 hour tour of the assembly plant on a Saturday when I purchased my 2005 in Ohio and drove down to the museum with my brother. You are right when you friendships last a lifetime. My brother still raves about that trip and getting to me Six Shooter. Dwayne knows how to drive that yellow beast of his like know one else. Thanks again and congratulations.
2017 Grand Sport Admiral Blue
2014 Premier Edition Z51
2010 Grand Sport
1990 White ZR1
1972 Nova SS
67 RS Camaro[SIGPIC][/SIGPIC]
66 El Camino
55 2 Door Wagon
P

You Really DID BUILD IT -- very well. 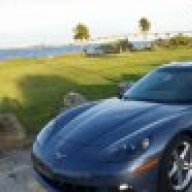 Congrats Rob! As someone who knew you "before you were famous", I remember the intense focus and determination you brought to the search for your Corvette. It's good to see how that has paid off with this site as well. 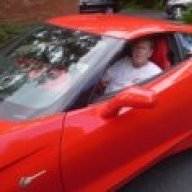 Congratulations. The most useful Corvette site on the web!!!
Thanks and here's to many many more!!!
[SIGPIC][/SIGPIC]
For all things Corvette visit the newest site on the internet www.corvetted.com 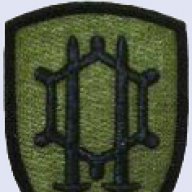 THANKS, Rob. Congratulations on a great site. I have been a member here for only a little over a year, but have owned Corvettes for almost forty seven years. The Corvette Action Center is one of the best things to ever happen to the Corvette community. The information available here is outstanding. The members are knowledgable and always eager to help one another. None of this would have been possible without the hard work and determination you have put into it. I appreciate all you do for all of us every day. I look forward to many more years of being associated with the CAC. Thanks, again, Don.
[SIGPIC][/SIGPIC]
2004 Z06 CE
1958 Roadster 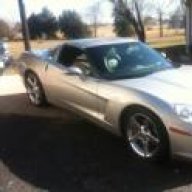 Thank you, Rob, for the perfect Corvette site!! Congratulations!!

Great site, Rob, very appreciative that you keep it up and running. 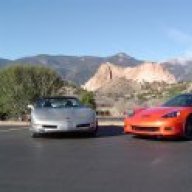 I am not on here as nearly as much as I should be, thanks Rob and congratulations! 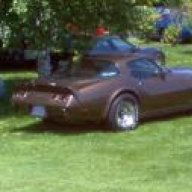 Congratulations Rob and thank you for all your hard work over the years.

Here's to another 15 years of Corvette Fun! :L 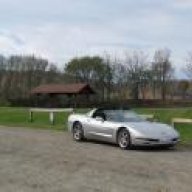 Congratulations and Happy Birthday! Thanks for all the help and efforts on both ofmy ZR1's.

Not only did Rob build this place, he keeps things running with frequent updates to the software, collecting new information and resources, adding to the already impressive knowledge base, watching for ways to make the CAC experience better...

We admins and mods do our best to treat everyone fairly because we consider the CAC to be a community. We try to be responsive and responsible!!

A number of folks are kind enough to contribute toward the costs which allows Rob to keep the number and size of ads smaller.

As well, a group of great vendors picked the CAC for advertizing. Again, the costs go to keep the ads at bay...

Kudos, Rob and I'm looking forward to the future!!