hello, i am looking for info on a cyl.head for corvette 60-67 called a power pack head. supposedly the corvettes in the late 50's and early 60's came with aluminun heads, which either warped or cracked, so a service bulletin went out to replace the aluminun heads with these power pack heads. what i want to do is get a copy of that service bulletin or info on the intake valve size, was it 1.72" dia. or was there a option to go up to a 1.94" dia intake valve. i know this is problaly very technical but i need this info quick! any helpers out there thanks dapper

Dapper,
Welcome to the forum. I'll try to give you the short version of the aluminum head story so I don't end up rambling. Both of the '60 FI engines were to have aluminum heads with 1.94" intake valves and higher hp ratings. They were advertised and even people ordered cars thinking they were getting the heads. Never happened. They cracked between the valve seats and some even cracked during initial torquing. The '59 FI engines rated at 250 and 290 hp were carried over to '60 and the "Advertised Maximun Engine Performance" chart was revised in June 1960 to show this. There were only a few engines built at Flint with aluminum heads and they were sent to Warren Tech Center for testing.

There were no Corvettes delivered with aluminum heads by the St. Louis plant. The rumors of cars being recalled because of aluminum heads cracking are false and just rumors. Since there were no heads delivered there were none to recall so there is no service bullitin relating to this subject. This is varified by a letter from Joe Pike (Chevrolet Asst National Sales Promotion Mgr. and later Corvette News editor, from where most of us knew Joe) dated August 1961 stating that "There were no 1960 or 1961 Corvettes produced with aluminum cylinder heads." The letter further states the use of the '59 engines in the '60 FI car and the new 315 hp engine in the '61. This '61 engine had an iron version of the aluminum head with the double hump marking on the end.

You will see some of the alum heads in private hands as they were cast by Chevrolet and other sources including Alcoa in the mid '60s for use in an Indy engine project. All seem to have the '59 casting dates that were in the molds. I don't feel that these heads would be good for anything except a display novelty. They would crack if you tried to use them and they wouldn't be correct on a restoration.

But you asked about Power Pack heads, didn't you? In the passenger cars the 265 and 283 inch engine were standard with low compression heads and a 2bbl carb. When given the higher compression heads, 9.5 on the 283, a 4bbl and dual exhaust they were called Power Pack. They were listed as such in the advertising also. The Power Pack 283 was available thru '66 in passenger cars. It was used in the Corvette through '61 but not called Power Pack since it was the base engine and not an option as in the other Chevrolet lines.

I hope this is what you needed to know. If I can be of further assistance let me know.

Welcome to the CAC barkerco. It's good to know that some of these old threads are still helping new members. Is your boat something like this?

The 300hp (with manual transmission) also got 2-1/2"-outlet exhaust manifolds in '65; all 250hp applications and the 300hp with Powerglide got 2"-outlet manifolds.

Tom Bryant said:
Welcome to the CAC barkerco. It's good to know that some of these old threads are still helping new members. Is your boat something like this?


Yep, that's the boat I purchased! There were only 26 of these boats made in Stockton, CA. Cor-ten steel hull, looks similar to Chris-Craft runabout.

Bad news, water in oil. Pressurized cooling system with shop air and can hear leak under intake manifold, pulled off and found 2" small crack in water jacket on intake side on #3. Also cylinder pitted on #1 (assume from water being drained back from exhaust cooling), has water line around it. Motor runs great though...

Thanks all for info!!!
J

Tom Bryant said:
You will see some of the alum heads in private hands as they were cast by Chevrolet and other sources including Alcoa in the mid '60s for use in an Indy engine project. All seem to have the '59 casting dates that were in the molds.
Click to expand...

Tom, just found this information you posted eons ago. This is the first I've read of these heads, all '59 dated, being produced in the '60s. When in the '60s were they made? How did you learn this fact?

Here is an example of one such head:

I barely remember writing that. I'll have to see if I can find that info again and get back with you.

I've been searching but I haven't found the exact source yet. I would bet that it was in the Restorer. Seems to me there was an in depth article on these heads at one time. I'll keep looking.

Thanks for looking, Tom. Maybe I can trick someone with one of the new searchable Restorer CDs to see what they could uncover. 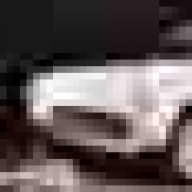 Fred Yeakel was running a set of these heads on his Cheetah a few years ago. They limited high RPM significantly.
You must log in or register to reply here.