As soon as GM issues a press release, we'll have it here.

For now, enjoy some eye candy!

Update: Press Release from GM below

DETROIT – The all-new 2015 Corvette Z06 is the most powerful production car ever from General Motors and one of a few production cars available in the United States that delivers more than 600 horsepower.

“The LT4 Small Block sets a new benchmark for power and torque at GM,” said Steve Kiefer, vice president, GM Powertrain Engineering. “The engine also puts the new Corvette Z06 on par with the most powerful supercars offered in America, while delivering performance with impeccable manners that make it suitable for daily driving.”

“Torque is the pulling power of an engine and the LT4’s abundance of it at every rpm in the engine’s speed range helps the 2015 Corvette Z06 accelerate quicker and respond nearly instantaneously,” said Jordan Lee, chief engineer for Small Block engines. “It’s the very definition of power on demand.”

“It’s also worth mentioning that the LT4’s supercar performance numbers are achieved with an engine that is nearly the same size as the very compact LT1 engine introduced in the 2014 Corvette Stingray,” Lee said. “The power density of the LT4 makes it one of the smallest and lightest 650-hp engines in the industry.”

The new LT4 engine is based on the same Gen 5 small block foundation as the Corvette Stingray’s LT1 6.2L naturally aspirated engine, incorporating several unique features designed to support its higher output and the greater cylinder pressures created by forced induction, including:


A new 1.7L supercharger spins at up to 20,000 rpm – 5,000 rpm more than the supercharger on the Corvette ZR1’s engine. The rotors are smaller in diameter, which contributes to their higher-rpm capability – and enables them to produce power-enhancing boost earlier in the rpm band. That boost is achieved more efficiently via a more direct discharge port that creates less turbulence, reducing heat and speeding airflow into the engine.

“The Small Block’s cam-in-block design heritage has always enabled very high performance and responsiveness in a small, compact package – an attribute amplified by the performance of our new supercharger’s design,” said Lee.

The LT4 is assembled at the new Performance Build Center at GM’s Bowling Green Assembly Plant and at GM’s Tonawanda engine plant in New York. It is matched with a standard seven-speed manual transmission or an all-new, paddle-shift eight-speed automatic transmission built in Toledo, Ohio.

Designed to deliver shift responses on par with the world’s best dual-clutch transmissions, it is the first automatic offered in a Z06. It also makes the Z06 one of the few cars this powerful to offer the choice of a conventional manual transmission or an eight-speed automatic.

Founded in 1911 in Detroit, Chevrolet is now one of the world's largest car brands, doing business in more than 140 countries and selling more than 4.9 million cars and trucks a year. Chevrolet provides customers with fuel-efficient vehicles that feature spirited performance, expressive design, and high quality. More information on Chevrolet models can be found at Chevrolet Cars, Trucks, SUVs, Crossovers and Vans.

Photo Caption 2: The 2015 Corvette Z06 belongs to an elite set of production vehicles offered in America with over 600 horsepower.

Photo Caption 3: Cutaway rendering of the all-new LT4 supercharged V8 engine for the 2015 Corvette Z06. Seen in the rendering is componentry that makes the new engine one of the most technologically advanced V8s in the industry including an advanced supercharger, direct fuel injection, Active Fuel Management (cylinder deactivation), continuously variable valve timing and a variable displacement oil pump. 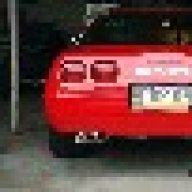 This is awesome although nothing more than a pipe dream for most of us ! It will be priced out of the market for most people 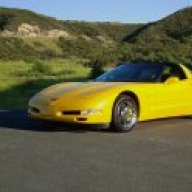 As soon as GM issues a press release, we'll have it here.

For now, enjoy some eye candy!

Wow, truly awesome. I love my mil. yellow C5, and it still looks beautiful, but I'd feel like a second class citizen if I pulled up next to one of those at a light. 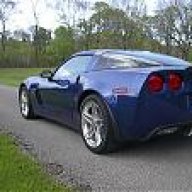 Now, just what would you do with one of those beasts? I hope they come with mandatory driving lessons or some folks will be at risk.
J

Thanks Rob, just another little tidbit to get me through until order day, then build day, then delivery day.
Janet
Janet Curran 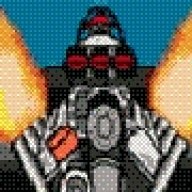 Nice numbers, but do I wait to see if the 2016 Z06 will have even more horsepower before I replace my current Z06?
"Never ever stifle someone's creativity." - Sandra Shaw 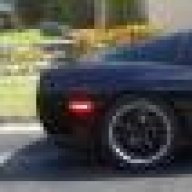 The new Z06 is absolutely amazing!! It is my new dream car. I love my C5 with its stroked, ported and built LS3 which makes 530whp/560ft/lbs at the wheels and it weighs in at just under 3k lbs, But the new Z06 looks so damn badass and it sure has the performance to back up its looks. I'm really interested to see what it runs for a 'ring time. I have a bet with a Vette/American car hater at work. that it will do it in under 7minutes. I really think it is capable of doing it. I figured he'd learned his lesson when he lost $100 to me betting me that his M3 could out run my C5 after I told him I could run circles around him....and I literally ran a circle around him under acceleration...went past him, pulled in front, moved over, let him pass, went around back and over to him passenger side, and did it all over again.

Someone want to give me some winning lotto ticket #'s? I promise I'll buy you a Z06 along with mine LOL. We can use the rest of the money to build a private road course. 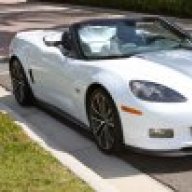 Awesome numbers. We need to see what the real numbers will be, the PRICE of each level of ZO6!!!! Hey, need to start finding more aluminum cans to cash in LOL :L:L
2013 60th Anniversary 427 Convertible w/pearl blue stripes/blue leather int

FRISKY said:
Nice numbers, but do I wait to see if the 2016 Z06 will have even more horsepower before I replace my current Z06?
Click to expand...

That's exactly what I'm thinking I need to start doing!

I got to see the 2015 ZO6 at January's Rolex Race in Daytona. It was done in the new Shark Gray , red calipers, Z07 package and Kalihairi interior. The car was simply stunning. 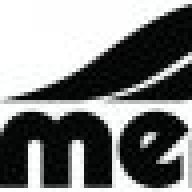 What a awesome piece of machinery it will be.

This is exactly why they sell lottery tickets.......

whats the future of the ZR-1 ?
Is this what GM will use as a benchmark for the NEXT ZR series?

The much talked about new rustang just got sent back to its place in the rear view......where its been for 50 years. This Z-0 pretty well reclaims the title of "fastest" from America.

could this be the point in history that GM is re-tooling/designing the long awaited/rumored Mid-Engine Corvette that could be tagged a ZR?

boomdriver said:
This is exactly why they sell lottery tickets.......

whats the future of the ZR-1 ?
Is this what GM will use as a benchmark for the NEXT ZR series?

The much talked about new rustang just got sent back to its place in the rear view......where its been for 50 years. This Z-0 pretty well reclaims the title of "fastest" from America.

could this be the point in history that GM is re-tooling/designing the long awaited/rumored Mid-Engine Corvette that could be tagged a ZR?

My prediction: we won't see a return of the ZR1 until the C8 generation. It may very well be a mid-engine, hybrid powertrain with 700+hp similar to Porsche's 918 hybrid, or Ferrari's LaFerrari.

Probably wishful thinking on my part, but just a prediction.

That torque band....OMFG!!! At IDLE, it has more torque than most consumer vehicles on the road! :Silly
Not bad for 'prehistoric pushrod technology'. (Eyeing you, ricers!)

I agree with Hib, you'll have to win the lottery to afford rear tires. All wheel drive is almost a necessity.
You must log in or register to reply here.