OK, I am on hold a few days on my car waiting on a few parts. Anyone got a problem on yours I can solve? 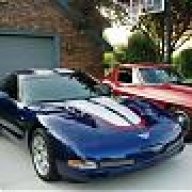 Not anymore, I just paid $65,00/hr to have someone else tell me how stupid I am. At least my engine is still in good shape after 40 years.. 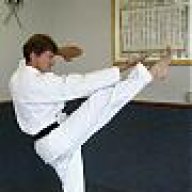 Have you pulled off all the TTop trim and sealed everything under there? Its been so long since I had mine together, I hardly remeber what it looked like around the upper WS trim / reveal molding, but it looks like a prime spot for a leak. The water can get under the reveal molding and up and over the lip on the WS frame. Running a bead of urethane between the chrome T and the edge of the upper WS frame might slow it down some. Along the end seams and screw holes too.

sixfooter,
Hi it's me Richie Cooper( the valve cover guy) I was wondering if you had some time to explain to me how to get my lock up torque converter working without a computer.
I remember you saying something about a wire under the console that you can cut in half and put in a switch. Can you explain this to me in detail? I have my old motor out and am putting in a new crate motor without the computer. I have a new non computer
q-jet and a new distributor but I want my lock up to work. There is a plug with many wires on the side of my tranny that I believe is for the lock up. Thanks for any help.
B

Two weeks ago I changed the lock-up function from the computer to the manner the lock-up was completed before computers. It was so simple it suprised me.
Here goes. Some 350 valve bodies are tapped and pluged for a lock-up speed switch. All I had to do was to find a 36-40 switch. This means when trans pressure activates the switch usually about 38 miles per hour, the converter will lock-up. There are various pressure switches available. I believe the 38 is best. Some like the 54 meaning the converter will not lock-up until highway speed.
Now some valve bodies are not tapped and this will require you to tap it or have a machine shop complete the task or better yet, find a valve body all- ready tapped. I lucked out and all I did was to remove the plug and screw in the solonid pressure switch. Then I removed the two wires going to the second gear switch and attached them to the new presure switch. It works like a dream and the computer does not know the difference. There is a flat surface on the drivers side rear corner of the valve body. If there is a plug you are good to go. If not, tap it. I believe it is a 3/8 pipe, but check this out before doing the job. I did the job while installing a transgo shift kit which kicks butt.
I hope this helps. It is not difficult. I am a weekender and if I can do it, so can you.
Good Luck!
Bill

Bill,
Where is the valve body you are talking about, the switch you mentioned the one threaded into the side of the tranny? Also, where did you get your switch. And finally, thank you very much for your help.

Ok, I gave you the readers digest version for an answer. Let me get more specific.
When you drop the pan, you will see the valve body held to the case with approx, 17-19 bolts. The switch I mentioned can be obtained from a transmission shop. Seems they are becomming rare. The owner of the shop let me look through his valve bodies and I found the one I wanted. They probably can be ordered.
Now lets explore two options:
1. If you want your corvette to remain mostly stock, then use the method I mentioned earlier. What I forgot to mention is that the speedo has a sensor that at about 23 mph, juice is sent to the switch (2nd gear switch) and lock-up is available, the computer furnishes the ground. What I did was to take the 2nd gear pressure switch out of the mix. The speedo sensor still sends power to the new pressure switch, but the switch is grounded to the case and when approx. 38 is reached, lock-up occurs. The computer no longer furnishes ground. If the computer goes south, lock-up will still occur.
In my opinion lock-up at 25 mph lugs the motor to much. Now lock-up occurs at about 38 mph, much better for the engine.

Option 2: I have built several streetrods and this is how I handled lock-up on a 700-r4. This is a 350 with overdrive. I have run power to the solonoid pressure switch thought a dash mounted switch and grounded the pressure switch to the case. When I turned the dash switch, lock-up would occur. I put a safety switch on the brake pedal and when putting on the brakes, power was cut to the trans, lock-up was turned off. Remember, lock-up would only occur once 38 mph was obtained, thus when the speed dropped below 38 lock-up turned off. On the next project, I eliminated the dash switch and ran fused power to the lock-up solonoid switch and used a vacuum switch that would turn off lock-up upon ecceleration.
In the streedrod world, the lock-up is handled in this manner. By the way, several lock-up kits are available from

suppliers such as Jeggs, Summit and many others. The kit contains all the parts needed to hook up the pressure switch as mentioned. The kit is about 100 bucks but well worth it. It comes with great instructions too.

I hope this helps...
Bill
R

Bill,
Thank you very much. That is a great help. I will start working on it next weekend. My work week is VERY long, so i do most of my playing on the weekends. Again, thank you very much for taking the time to help me.
You must log in or register to reply here.