For an extra $49,000, Genaddi Design Group says it can turn your Z06 into a high-powered droptop

Corvette enthusiasts who lament Chevrolet’s decision not to offer its most potent model, the legendary Z06, as a convertible can now pay $49,000 to have Genaddi Design Group of Green Bay, Wis., chop the roof off of their 2006, 2007 or 2008 'Vette Z06.

Though it does sell the base Corvette as a convertible, Chevrolet does not plan to offer the higher-powered Z06 as a droptop, partly because the company found that removing the roof would increase weight by necessitating additional structural reinforcements and, despite those reinforcements, would still reduce torsional strength. Both of these factors would hamper this car’s sole reason for being: to go really fast.

Mark Gerisch, designer and CEO of Genaddi Design Group, and his team figured out how to remove the roof of the Chevrolet Corvette Z06 while tripling the torsional rigidity. Asked how they achieved this feat, Gerisch said, “That’s a trade secret.” So secret, he claimed, that his refusal to share the how-to with GM led to their parting of ways on the project.

Orders for the LSR Roadster — whose $49,000 price does not include the cost of a Chevrolet Corvette Z06 — are steady, Gerisch said. He also predicts an overflow of business from owners of the well-received Ford GTX-1, a topless rework of the Ford GT that his company recently unveiled at the SEMA show in Las Vegas. 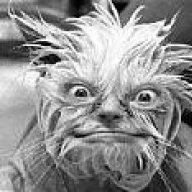 Wow. Ever bend over in the mirror naked? What did they do to the rear end of that thing?!?

I like it. I think the rear-end is Ferrari-ish.

I hate to hurt the cars feelings ,it's butt is ugly.Ya a butt ugly car,each to there own. 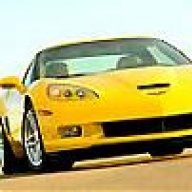 Good to see that I am not the only one who thought that car is horrible..

Just buy a convertible C6 and supercharge the dam thing for 7500 installed and tuned..


Leave the Z06 alone. That was some poor design job...

The taillights were too large and the drop off angle on the rear bumper too steep...

The drawings were nice...the execution is way off...

If someone has an extra 49 Gran more to spend on it, more power to them. :ugh :eyerole

Interesting rearend. A little "broad in the beam" for me!


Amazing how they brought the rear end down! Now if they can only add a rear uprise like the '68-'73, that would be cool. The rear diffuser is way overdone, so chill out with that and you're there!
Of course, for ~$120,000 I guess I won't get the chance :ugh

That thing looks like a Pimp My Ride nightmare.
http://home.roadrunner.com/~cruzin99 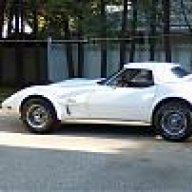 I'm going to swim against the tide. I like it! I wonder what it would look like in a decent colour... maybe yellow?

Mac said:
I'm going to swim against the tide. I like it! I wonder what it would look like in a decent colour... maybe yellow?
Click to expand...


Nah, a decent color would be black. But I agree with you- it's got really intriguing lines. I like it, too.

Check out my book "LICENSE: REVIEWED, 50 Years of James Bond Movies" now available at Amazon!
You must log in or register to reply here.