ad My 1987 Coupe started acting up this morning. Yesterday I took the radiator cover off to remove the debris that accumulates between the radiator and de A/C condenser (leaves, and other garbage). Did not touch anything electrical. I used the car yesterday and everything was fine. This morning it started OK, I drove it out of the garage shut the engine to close the gates and when I tried to start it again, it went CLICK. :confused
No power anywhere. No lights, no horn, no radio, instrument cluster completely off. The car has a new battery, starter (1 year old), and new alternator. I removed the positive cable from the battery and put it back on. The power came on: lights, radio, instrument cluster. But when I tried to start it, everything went dead. I tried this about 5 times with the same results. I tried jump starting it but that did not work either. I called a friend who is an electromechanic and his opinion is that the problem is a loose or damaged ground but was unable to pinpoint where exactly. My car is sitting halfway out in the street which is a no-no:nonoAny of you guys have any ideas?
C

You say you removed and cleaned the positive terminal. What about your negative terminal. May sound simple but a good place to start. Also note the condition of the battery cables. 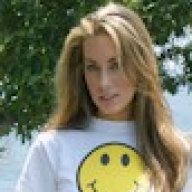 I would make sure both posts were clean and tight. If you suspect the ground cable is bad, run the jumper cable from the neg terrminal to the block or other suitable ground. You may also want to check the wires on the starter selenoid. These wires are close to the exaust manifold. Perhaps when the new starter was installed they routed them closer to the heat and it took a while to break down. 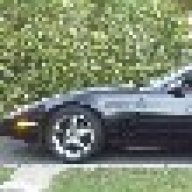 What do you mean by "acting up"?
Do the basics as outlined in these posts.
I'm not sure if any fusable links may play a part in this problem.

a) The battery terminals did not get cleaned PROPERLY when the new batt was installed.


b) A bad connection internally in the battery.

I finally found out the problem. I took out the battery and checked the cable running from the positive terminal to the starter. About 6 inches from the terminal I found a little black box through which the cable runs. I opened it and inside there is a small terminal that connects a smaller gauge wire that runs behind the battery to a small screw that holds about 5-6 wires. That small terminal was loose so I cleaned the wire and tightened it. VOILA!!!!! The car started and the problem was fixed. So any of you guys or gals find themselves with a similar problem, there is a fix for it. Thank you for all your help.

Spliced into the BIG batt cable there was a box ( used as a power distribution point ) for the BIG wire to feed thru and little wires also tagged in that box????!!!!!!!

Do you have an after market stereo in there?

Are you refering to the power distribution point ( black plastic shell behind battery with single stud in middle ) and the nut holding those wires was loose?

J
1989 corvette-runs great then stalls out