small run in with a Z06 sunday (long, kinda)

I was heading to Cruz-a-palzua on Sunday (one of the shows where they shut down the street, I love them), but this one is way to crowded for me. So I just wanted to cruz down see if I knew anyone and head out to a smaller cruz. Well on the way down I pass a few C3's C4's and C5's. get most of the waves back. Im going up a hill and see a red C5, ok I'll get behind him. Then I see the tires, those are kinda wide for a C5, then the exhaust, hummmmm oval pipes. I think we have a Z06. He down shifts and gets on it. Yep Z06. So we are comming up to a light. A silver C4 coupe in front, then Z06, then me. I thought we were gona cruz down together. NOPE. The Z06 jumps around the silver car and I follow. Well, not knowing we were gona run I shifted into 2nd @ about 2,500. Then as I am shifting the Z06 jumps. Damn! So I punch it in 2nd the secondaries open and I shoot forward. Im all over this Z06. I wind out 2nd and hit 3rd and pull about a fender on him. In that short time we ran, I was all over him, after shifting that is.
Had we kept going he would have seen the 3" wider rear end of my car. No doubt about it. We cruzed together for awhile. I was doing 60-65 in 3rd just incase he wanted to try again, but no such luck. As I passed him at a light (I was in the left hand lane he was in the right) I gave him the thumbs up and the "nice car". He said "you too." I thought he was going to pull an excercist to see what this old C4 was that was all over him. Im sure he thought I was just an old L98 who thought he could play withe he big dogs (Im not saying that the L98's aren't fast, I had one, great cars) but im sure this guy is used to dusting most things on the road.


I have to say these cars are quick, but nothing that a good running ZR-1 can't take on. Im not talking 1/4 mile here, but on the street, yep. Is the Z06 a great car. No doubt. Am I gona run out and sell the KOTH? No way. This settles the ZR-1 Z06 debate for me. Im keeping the King. I may park a Z06 next to it someday, but there are other ZR-1's I want now.


Just thought Id share with all of you
It's not the car, it's the people

Cool story! I love the Z06 and they are definitely quick. I'll own one someday...I hope, but not in place of my Z. I love the car too much.

"Let your plans be dark and impenetrable as night, and when you move, fall like a thunderbolt." - Sun Tzu
V

Wow I forgot this thread existed. And Im glad you think it's a "story."
It's not the car, it's the people

Well as the story goes, I thought I would bring it back to life. 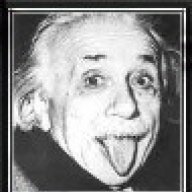 Hey Kevin, what part of "da burg" you in? I'm in Greensburg.

reefdiver said:
Hey Kevin, what part of "da burg" you in? I'm in Greensburg.

Im from the cranberry area
It's not the car, it's the people

Let me guess, the ones that didnt wave were 40-45ish ladies driving a C5? They never wave to me...

I'm sure they are like my mom was years ago when my friend sold his black 83 911 Targa and got a brand new black 94 twin turbo supra. She looked at the supra and said, "Oh, did he put a spoiler on his car?". Lol she didnt know that he even got a new car.

In any case, I think its great that vette people wave to each other. I drove up to 7-11 and there was a black C5 with paper dealer tags parked in front. As I was getting out of the car the guy walked out looked at my car, I waved and he got a huge grin and waved back. 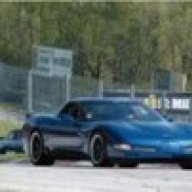 Great read! Stock for stock on the street, it would be a close call. In the quarter, all things being equal, the nod would go to the Z06. Top end would go to the ZR1. Watch out though, some of us have a few "Goodies" under the fiberglass!

BTW: If I can swing it, one day I'll have a ZR1 sitting next to my blown Z!

Yes, people are starting to read the "story". After all this is the first word in the your post.

Again, you must have a really quick ZR-1 and be a fantastic driver because I can't figure out how a vehicle that runs 12.8@112 (per your sig) can beat one that can run low 12s at 115. The physics of it just doesn't add up to me.. Then again, science isn't my forte, that's why I'm in sales... Good story!

It's just a story.

Hey, it's just a story, who did you think would win. The winner is always the one telling the story. You have to make the C4 look good somehow. :eyerole
[SIGPIC][/SIGPIC] C6 has been great for over 10 years, I'll miss her... Still more fun driving the '64 and the '72.
S

So to sum up your Z06. I'd say you are probably a pretty good driver and your Z06 is probably in the exceptional range... but then again all I did was a search on google.
B

If a person can only turn a 15.1@97 in a Z06, they should be stooge
slapped and have the car keys *immediately* taken away from them. They haven't the skill to drive a car like a Z06 and are probably a danger to others when racing at a track..

The first run even in my 01 was a 12.62@113mph
These cars are ridiculously quick, it still amazes me every time I drive
thing...

So to sum up your Z06. I'd say you are probably a pretty good driver and your Z06 is probably in the exceptional range... but then again all I did was a search on google

I am what I consider a 'fair country driver' and my car isn't exceptional. I
suspect I could turn the same time in virtually *any* 01..


I hear ya. I was just qouting other Z06 times that I found on google. I know I'm gonna sound silly here but Motortrend doesnt even show the '02 that fast. They show 12.44@116. I'm sure that they use professional drivers, right?

I remember when the lt-1 F-bodies first came out there was a big stink about GM messing up a lot of the LT-1's by placing the head gaskets (or some other gasket) too far forward and actually restricting the engine. I remember one guy saying he dyno'd something like 192rwhp and he had the motor taken apart and the gasket was covering 30% of the intake. LOL! I'd say some GM engines are exceptional while there are some that are like that guys where they were manufactured poorly. It's like that with any manufacturer...

In any case, I hope you understand that I love the Z06 and I wouldnt mind having one myself. I think that's really sweet that you're able to pull almost into the 11's bone stock. I'm not messing with you or anything I was just trying to add a different perspective cause you seemed to be dogging the ZR-1 guy saying "You must have the quickest stock 90(sans chip) ever built, or be the best driver in the world, maybe both". Maybe the driver of the Z06 was bad? Maybe just average? 12.4 and 12.8 are very close together and that can be made up easily by a good driver vs bad/average driver.

With all that being said, I still say from what I've seen on the internet the majority of '02 Z06's run 12.4-12.5 bone stock. Some are exceptional and run much better. Some are poor and run worse and that is where I will leave this thread.

Both very nice cars though. I wish I had a ZR1 or a Z06 or a GrandSport... or just a plain jane LT4 for that matter. Maybe I will just put on an ati procharger to help my LT1... but I'd still be beat by a Z06 anyhow. :cry

:confused Sorry for this post. I tend to ramble.
B

This is getting into a pretty big urination contest which was not my intent. I simply don't understand how a stock ZR-1(sans chip) is pulling a Z06(actually not just one, but several on different occasions), makes no logical sense to me. I don't go by numbers printed in magazines, I go from personal experience. Mine is just different than the gentleman who typed the story. Agree to disagree?